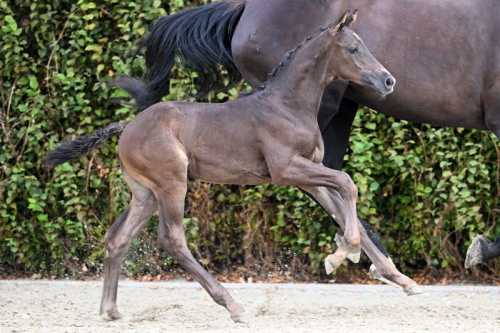 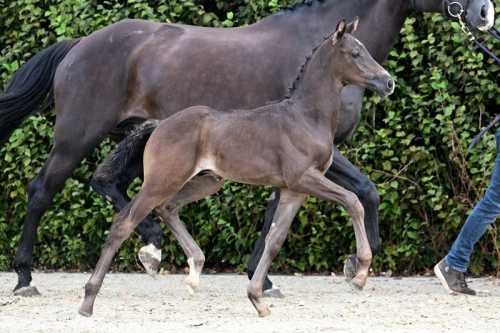 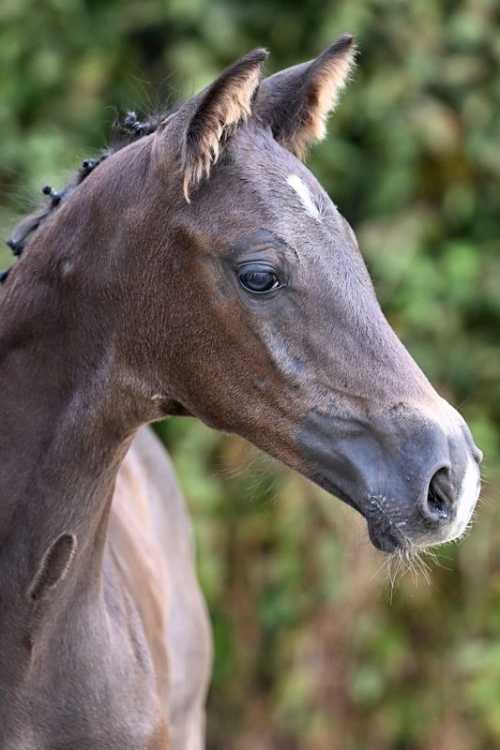 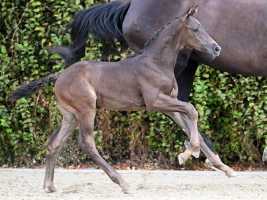 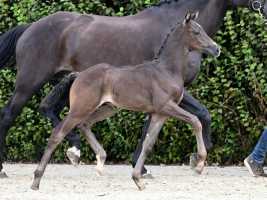 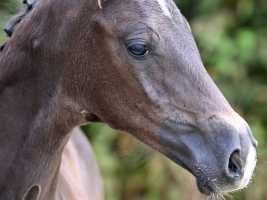 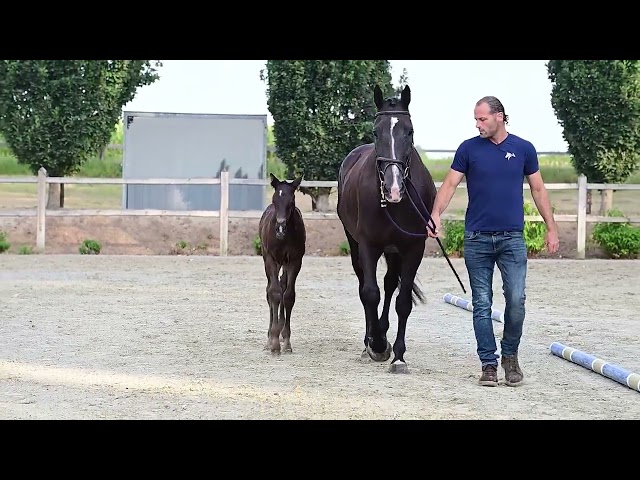 Glamourdale is a son of the "champion maker" Lord Leatherdale, bred out of the preferent prok mare Thuja
(s. Negro), one of the best Dutch breeding mares. Thuja signs for the motherhood of the topper Glamourdale and both Elite mares Zonnebloem (by Polansky) and Fresia (by Jazz). Thuja is a full sister of the English A-frame top Grand Prix horse Numberto (Spencer Wilton). Great-grandmother Clementine (by Ulft) produced Handel (by Wolfgang) the top international horse of Michael Whitaker.

Glamourdale is an honest and reliable stallion with a very good temperament. The stallion has a great willingness to work and is very easy to work with. The walk is clear-cut and has good scope. The trot has good scope with an abundance of balance. The canter is uphill, very powerful and has very good scope. Glamourdale moves with very good elasticity, self-carriage and balance.

His offspring are known for their appealing forehand in trot, powerful and spacious canter and suppleness.

Mother Endless is a descendant of Saros van 't Gestelhof and Ulft. As a young horse Saros has won almost everything as a young horse. At the age of seven he had already gained more than 60 victories and six titles; he was fourth in the world championships in Verden, Belgian champion Prix St.-Georges, National Champion LRV heavy at the age of six and winner of the super final LRV-KBRSF. At the age of seven he won the prestigious international title “Best Young Stallion” in Zwolle.

His first offspring already achieved great results at several competitions. Saros offspring are known for their size, super character and extra movements. Characteristics that certainly can be attributed to the mother of this well-moving foal.