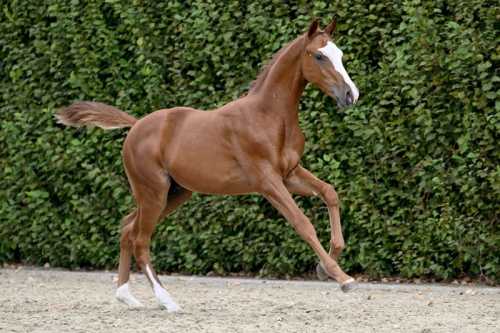 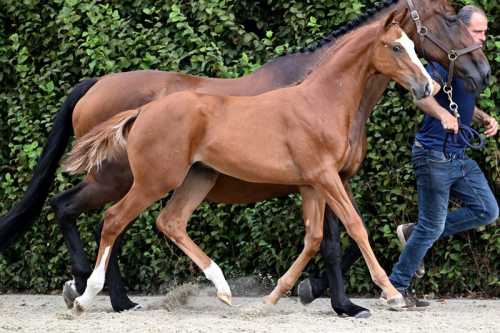 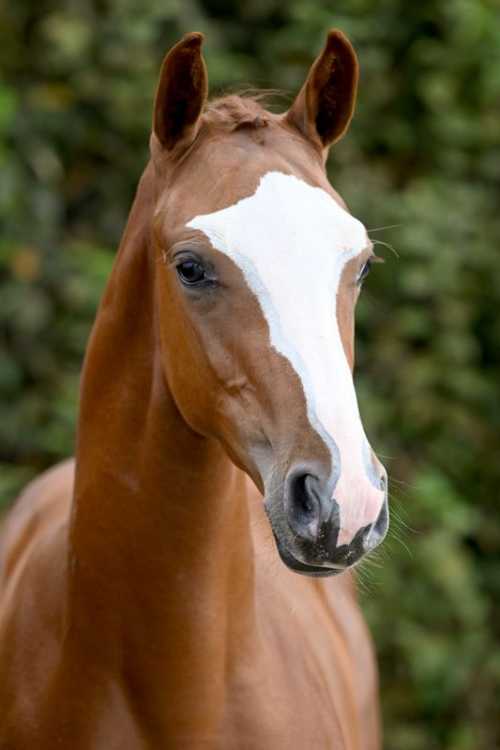 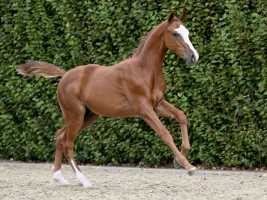 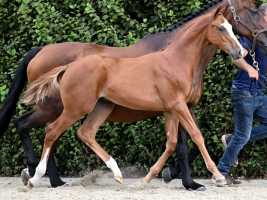 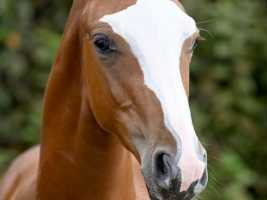 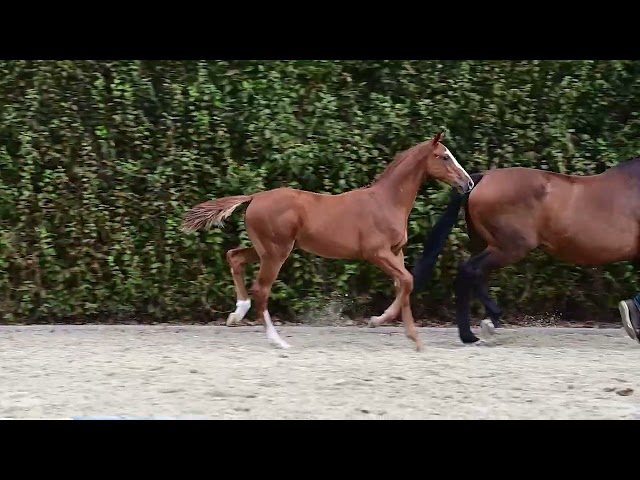 Touched by Sarra is a big-framed and well-built colt by Tactique and Tangelo van de Zuuthoeve.

Dam Tactique already gave several foals which grew out to be good sport horses. For example we have the Elvis ter Putte mare Nancledra, who with Kurt de Clercq achieved good results in the cycle for young horses two years in a row. The mare was sold after the final for 6 year olds to Italy and jumps there with a young rider in the 1m25 classes. Also the full brother of Touched by Sarra, Robert Redford LDL (°2017) is currently participating as a 5-year-old in the cycle for young horses and jumped the whole season primarily clear rounds.

Tactique is also the half-sister of the approved stallion L' Esprit, who was in his turn selection champion in the Netherlands and is father of, amongst others, California, winner 5* under the saddle of Edwina Alexander.

Looking at the sire's side, Touched by Sarra is a son of Tangelo van de Zuuthoeve.

Tangelo needs little introduction. The BWP ambassador is known for his expressive head, golden character and correct legwork. His offspring show a good technique and plenty of scope on the jump.

Tangelo jumped with Roelof Bril at the highest level and achieved many good placings such as third place in the Grand Prix in Vienna (1m60) and Birmingham (1m60).