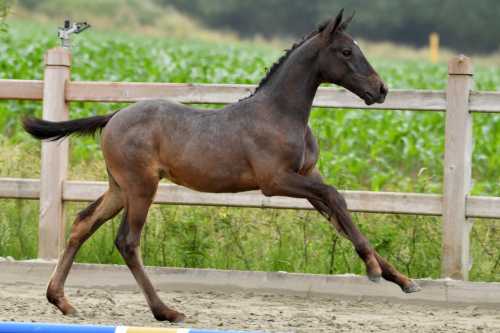 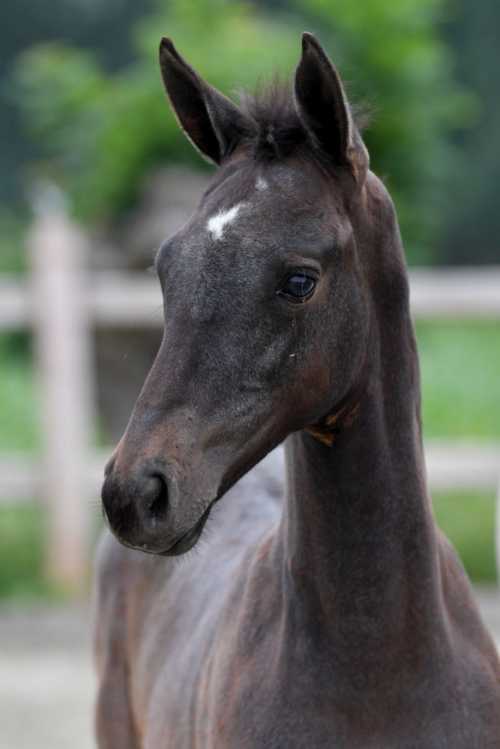 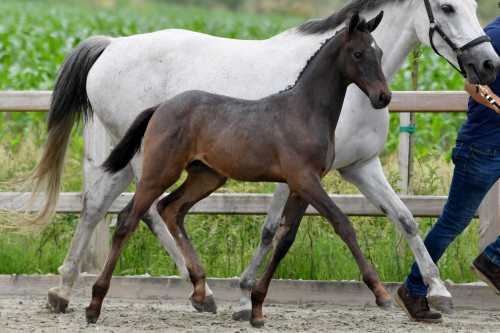 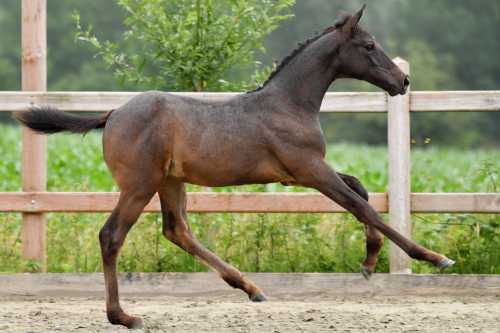 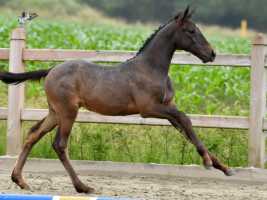 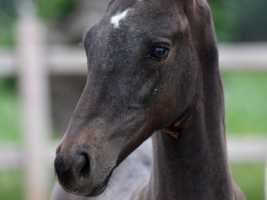 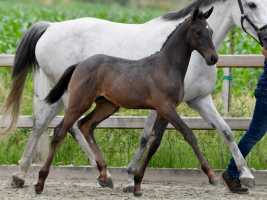 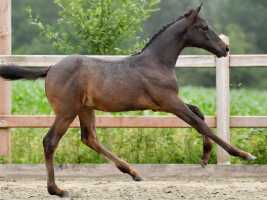 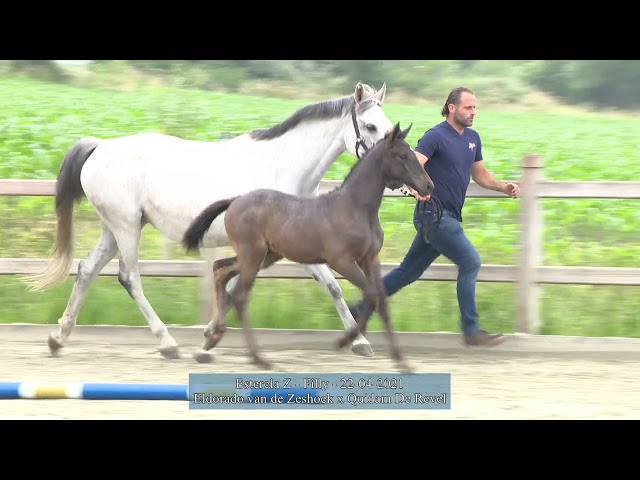 These are good times for the Belgian Yves Vanderhasselt. With his excellent results of recent years and months, Jeunesse was selected as 1st reserve for the Olympic Games in Tokyo and recently jumped double clear in the Nations Cup in La Baule, bringing home the victory for Belgium. With her unlimited scope and suppleness, the mare is a spitting image of her sire, Eldorado van de Zeshoek, who also sired Estrela Z.

The champion of the BWP Stallion Selection was sold to the Netherlands as a young stallion and was victorious on the international scene with Willem Greve. They gained a second place in the Grand Prix of Saint Lô, were present at the Nations Cups of Lummen and Sankt Gallen, and won the 1m50 at Outdoor Gelderland. During his active career, also Eldorado's mother Bijou Orai (by Toulon) was internationally active. She is also classified at the highest level and won several classes with the Frenchman Olivier Perreau. Meanwhile, he received the Keur predicate from the KWPN on the basis of his offspring, who continue his successes because they have inherited his rideability and extreme jumping ability. Grandorado TN (Willem Greve), Japatero VDM (Jos Verlooy), Killer Queen VDM (Daniel Deusser), Jeunesse (Yves Vanderhasselt), Jella van 't Kathof (Carlos Eduardo Mota Ribas) are only a few of his most striking offspring.

Not only the sire line of Estrela Z is striking. Dam Didi Du Domaine combines the blood of the influential Quidam de Revel with the Holstein mare line 776, which goes back to the mare Excellenz. Her daughter Sulaika produced Cayak DH, who under Eiken Sato placed in the top ten of the World Cups and Grand Prix in Mechelen, Balve and Wieze and A Promised Land, 1m60 with Christine McCrea. Her other daughter Royal provided a solid base from which also Estrela Z is a result. Thus, the mare Walesca is grandmother of Lentini 3 (GKK, 1m45), Sparco (1m45), Quin Air (1m50), HG Heartbeat (1m55), VDL groep Zidane (1m60), Dante (1m60), Baloubet by ETL (1m60), Tucada della Caccia (1m55) and Alamo (1m60). In turn, the mare Gucci is mother of the international 3* dressage horse Calvados, Levicci (1m50), U Carerra (1m50) and grandmother of Dimondo DV (1m45).

A third daughter of Royal is Voyage, who is not only the grandmother of Didi Du Domaine, but also of the surely legendary mare Cristy. With Marcus Ehning, this mare won the Global Championstour in Miami, was 2nd in Nörten Hardenberg, 4th in GTL in Rome, and so on. Her record is endless.

Didi Du Domaine herself jumped at Z-level and is a half-sister of among others the 1m50 horse Quick Caporal Z, Dollar du Domaine, who jumped at 1m45-level, and Centifolia, winning at 1m35-level. Her sire Quidam de Revel has achieved illustrious status through his successes in sport and breeding. With Hervé Godignon and later Charlotte and Thomas Velin, he won bronze with the country’s team at the Barcelona Olympics and 4th individually. They were also first in the Grand Prix in New York, Rome and Dinard, 5th in the World Cup finals in Gothenburg, and achieved placements in Millstreet, Oslo, Neumunster, Zurich, Munich, Falstebro, Paris, Mechelen, etc. At 19, he was retired from sports and continued his career in breeding. Tlalloc La Silla, Nabab de Reve, Guidam, Kador du Valn, Le Prestige St. Lois de Hus, Queen Liesa, Quite Capitol, Bianca D'Amaury, Quel Homme,etc. are just some of his offspring who contribute to their sire's illustrious status.

It may be said that Estrela Z descends from an ironclad maternal line, to which the best of recent jumper breeding has been added.