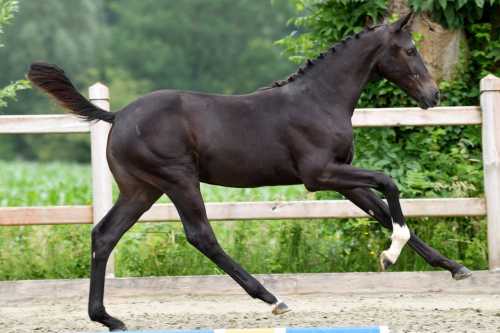 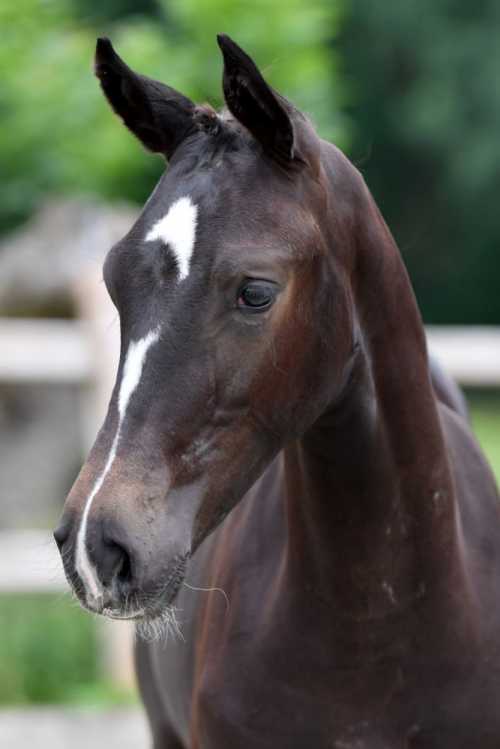 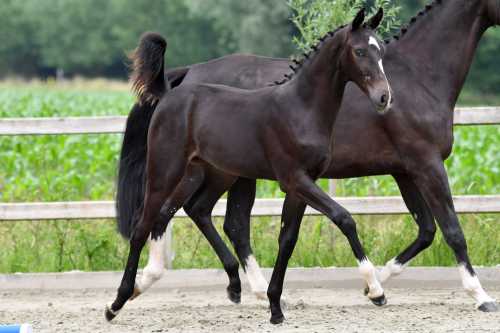 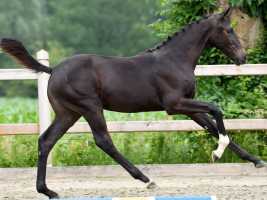 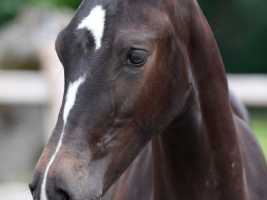 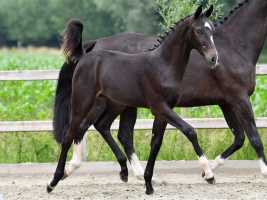 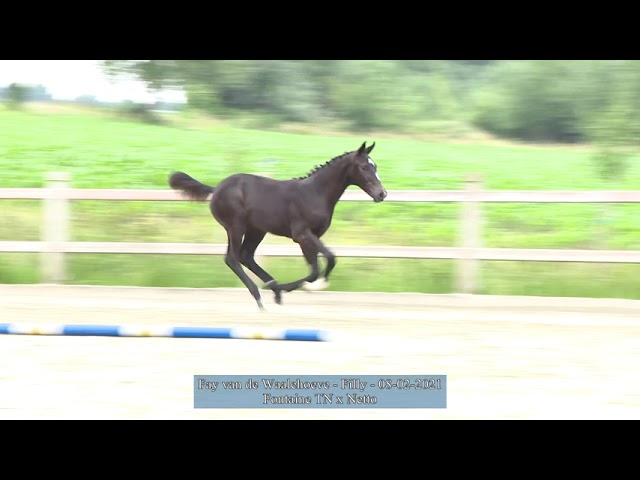 Fay is a beautiful, long-legged filly with a special pedigree in which performance and a good, cooperative character are the common denominators, based on the successful Nuberta mare line.

Sire Fontaine TN is a modern stallion with a "free" bloodline, who is considered a true promise and added value for Dutch breeding. During the performance test in Hannover, he scored fantastic points: for his gaits he did not score less than an 8.5, with a 9.5 for canter and in the figures for attitude and rideability he did not fall below 9, with a 9.5 for work ethic. His first offspring are characterized by frame, self-carriage, tactful movement and a very good character.

Jubertha is a descendant of the stallion Netto, out of the Elite IBOP mare Zubertha, a Son de Niro daughter out of the Rohdiamant mare Rubertha. Under Anne Van Olst, Netto jumped to the very highest level. He is known for his tremendous ability to collect and is increasingly profiling himself as a good sire and a "mare maker." Although Son de Niro has a limited breeding history, he has produced a very interesting offspring. Just think of the light-footed Zaïre under Jessica Von Bredow-Werndl. Further down the line follows an accumulation of preferent premium mares, each with very successful offspring to the foundation dam Helga.

Zubertha performed at Z2 level and is also the dam of Huberth. In her IBOP test, Hubertha scored an 8 for every aspect, making her the winner of the class. As a 5-year-old, she also won the ability test and is now being trained for the small tour. Narok R was sold through the SELL foal auction and candidate stallion selection, Pertha (by Jayson) was sold through the Van Olst Auction. She is also a half sister of Gubertha V, listed in the main studbook, and Bee Gee, active at ZZ-heavy level. She is also closely related to Elastico, candidate for the Olympic Games with the Japanese Akane Kuroki after having been trained by Saskia Van Es, Cadans (Int. DR) and Cote d'or (Small Tour), ZZ-heavy mare Wubertha. Also, international jumping horses Mistral Optimus, Tubertus and Nector van de Bisschop can be found in the close line.