Very powerful and elegant foal with power and balance 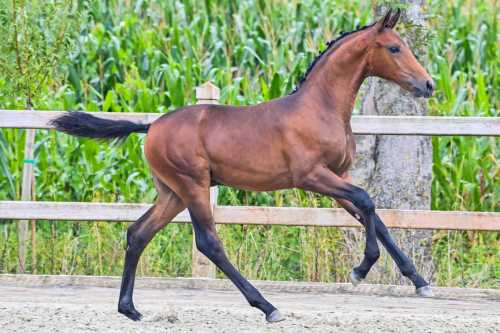 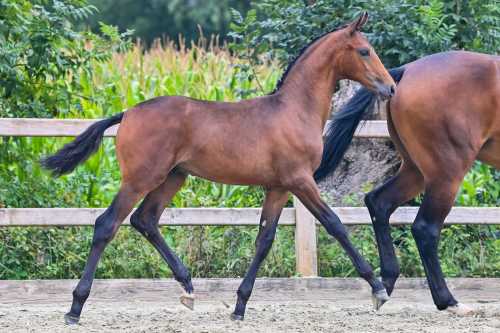 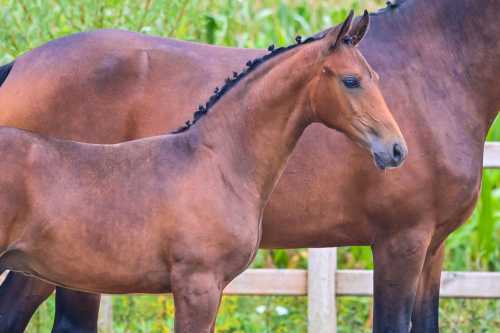 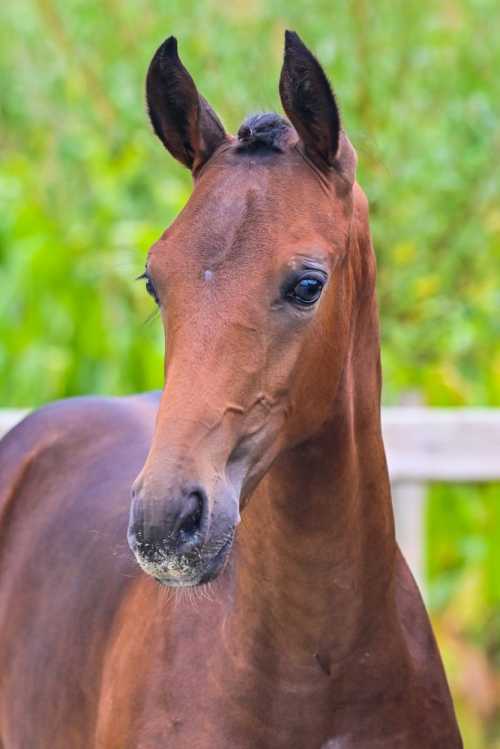 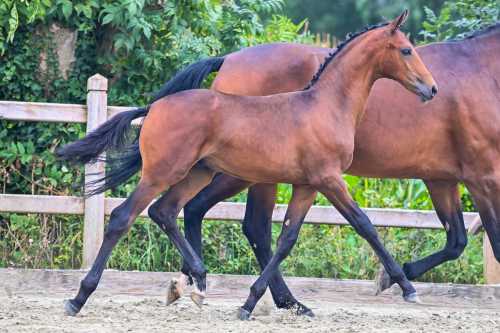 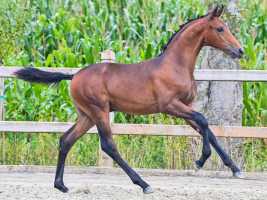 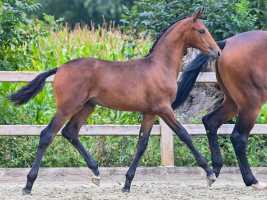 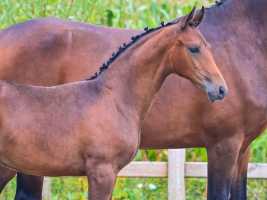 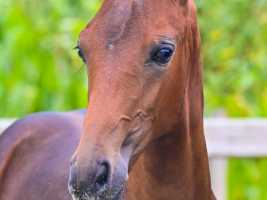 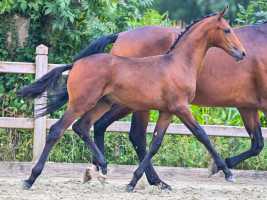 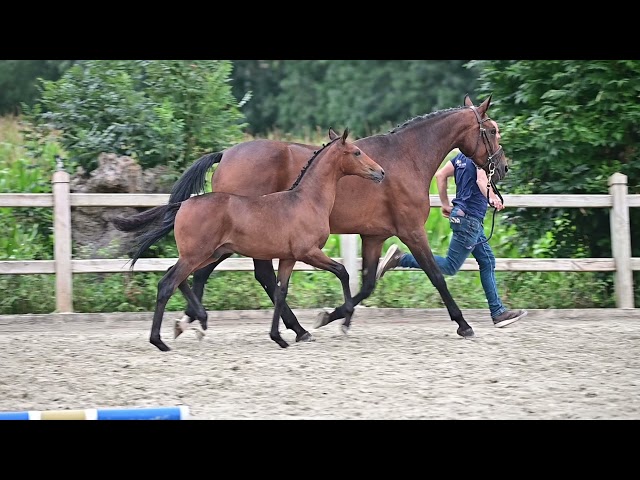 Father For Romance II impressed during the Oldenburger inspection in 2015 at Vechta. His type and model make him a role model for the modern dressage horse.

In addition, he moves with a lot of strength, elasticity, uphill movement and shoulder freedom.

Striking in the bloodline of For Romance II is the triple inbreeding after the Oldenburg “symbol” Donnerhall and the half-blood Sandro in the previous generations.

On For Franklins dam side, we see the input of Rubinstein, via the stallion Rosengold OLD. The dark brown stallion was approved at Vechta in 2008 and did his 30-day performance test in Schlieckau in December 2009,

Where 8’s and 9’s were scored on each part. The four best mare lines in Germany are united in Rosengold’s pedigree.

His dam descends from Diamond Hit, which re-anchors Donnerhall, and the exceptional mare Eskoria. Unfortunately, Rosengold was only 11 years old.