Exceptionnaly bred filly with Nevados S in the dam line 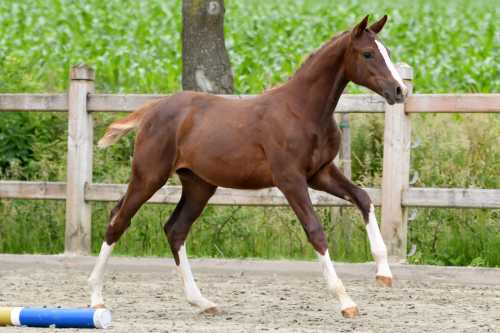 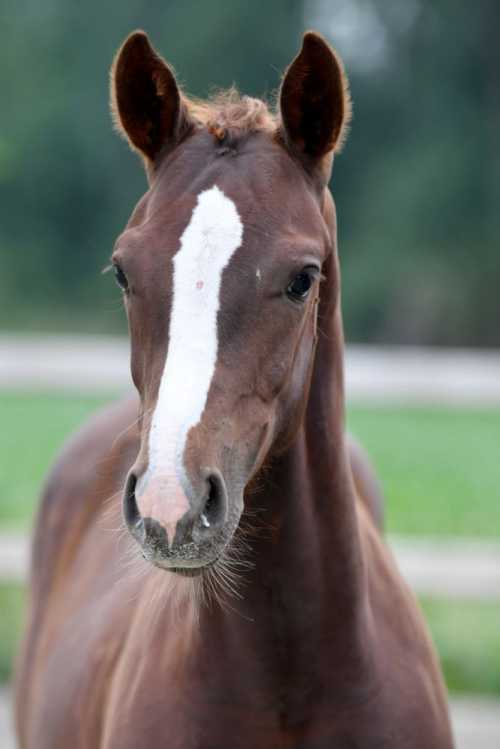 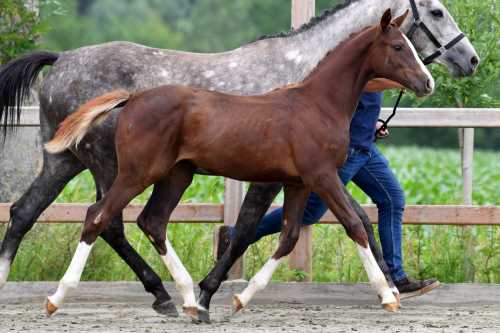 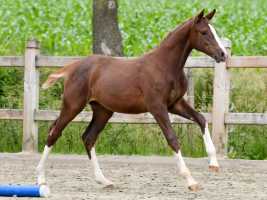 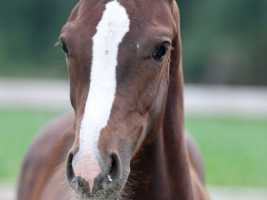 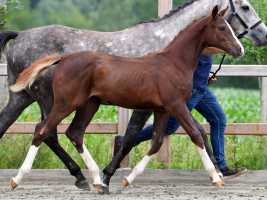 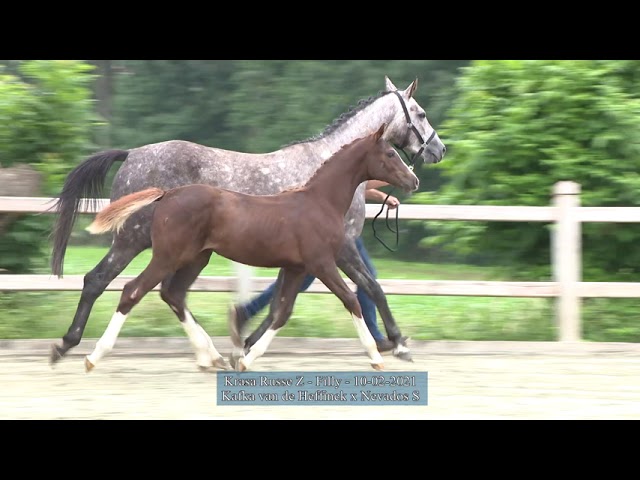 Krasa Russe is a filly from a rather remarkable line. She descends from a strong dam line with Operette III (s. Contender) as her 4th mother, a mare from one of the largest and most influential Holsteiner lineages, line 776. This line produced, among others, the approved stallions Acorado I & II, Calvados I & II, Fähnrich, Lordanos, Lucky Boy and one of the most important show jumping horse suppliers of the twentieth century: Ramiro. Operette III herself is the dam of Vienna Olympic (1m60), Holsteiner Sieger stallion Cahil, Donka (1m40), Staatsprämie mare Alegra I, Wonka (1m40) and bezirksprämie mare Toska III.

Vienna Olymic jumped with Sheikh Ali Bin Khalid Al Thani to a prize sum of no less than €125.000 and obtained victories for Qatar in the Nations Cups in Barcelona and Abu Dhabi and placements in the World Cup competitions in Riyadh, Al Ain, Monte Carlo, Antwerp, Valkenswaard, etc. This special mare gave birth to Toulini Olympic (through ET), who currently can be found in the stables of Jan Tops and performs at 1m45 level. The Cornet Obolensky son Cahil was lauded at the 2019 stallion selection for his appearance, type, movement and jumping ability. Breeder and owner Manfred von Allwörden was therefore allowed to trot the lap of honor with great pride. During the recent sport test Cahil confirmed his belief and he received a final score of 8.22.

Also the son of the above mentioned Wonka, Forino 6 is approved for the Holsteiner studbook and successful at 1m30 level as a 6-year-old. Calstarra Denfer jumps in Mexico at 1m40 level.

Alegra, daughter of Operette III and Paramount, is the dam of Fidelia. As sire, the thoroughbred stallion Ibisco xx was chosen, a special addition to a special strain. As a young horse, Ibisco xx first ran successfully on the racetrack for 5 seasons. After his career, he was presented and approved at the Holsteiner Stallion Selection, a studbook that is open to the addition of thoroughbreds in breeding. Ikarus Son was reserve champion at the 2014 inspection, but his influence on breeding as a mare maker cannot be underestimated. Fidelia's half-sister, Farytale FS, has already jumped several clear rounds in 7-year-old and 1m40 classes in Italy.

Fidelia was covered by Nevados S, from which the mare and mother of Krasa Russe, Nova Fidelia was born in 2017. Nevados S was born in Poland, where he jumped into the spotlight at the young horse championships. He was graded 9.2 and 8.8, marks that were never seen before. Afterwards, he ended up with Gregory Wathelet and they took the victory at the World Championship for 7-year-old horses in Lanaken. Meanwhile they jumped to 29 placements and 3 victories at 1m60 level and they will defend the Belgian honor at the Olympics in Tokyo.

At her turn, Nova Fidelia was combined with Kafka van de Heffinck, which resulted in the Krasa Russe Z, a filly that is blessed with a lot of charisma, frame and good movements.

Kafka is a son of Calvaro and the Diamant de Semilly mare Utopie van de Heffinck. Utopie herself jumped meritoriously at international 1m50 level, just like her full brother and also her son, Kafka. He gained a victory during the 1m60 GP of Athens and Göteborg with the Portuguese Rodrigo Giesteira Almeida in the saddle.

Krasa Russe is a typical, well-moving daughter of Kafka and Nevados S out of an incredibly special bred family.