All the ingredients for a top sport horse 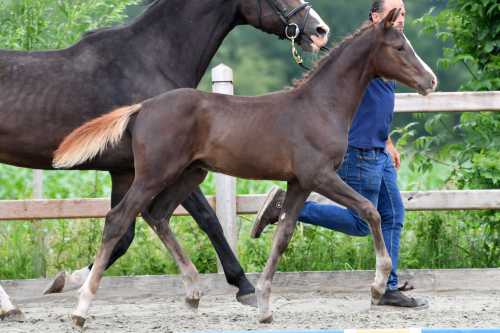 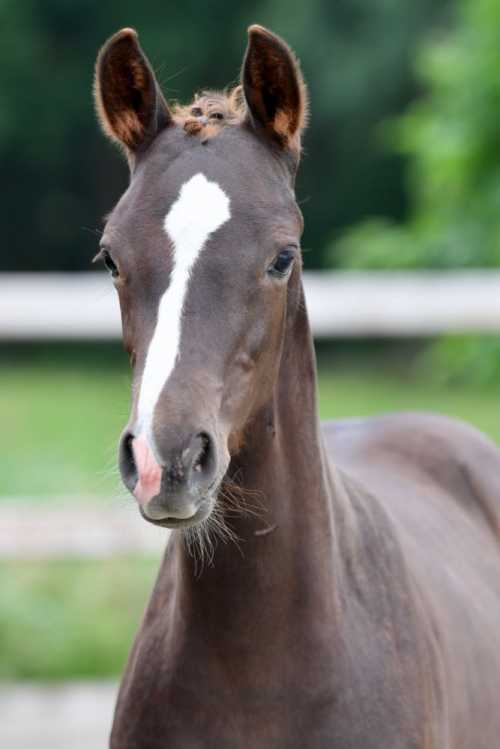 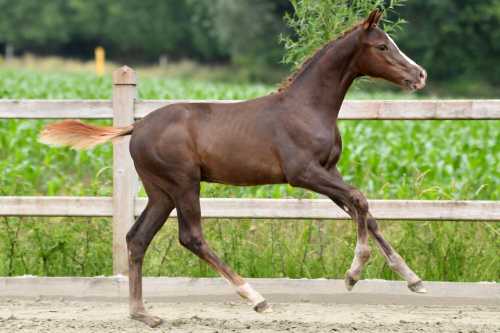 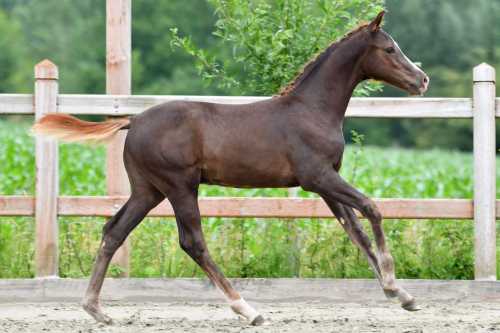 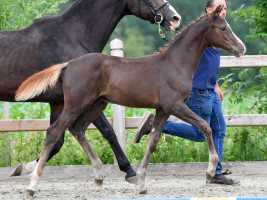 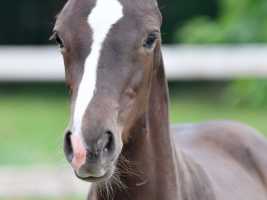 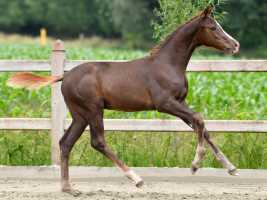 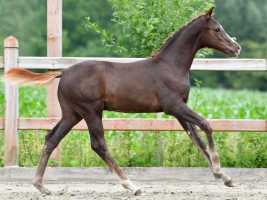 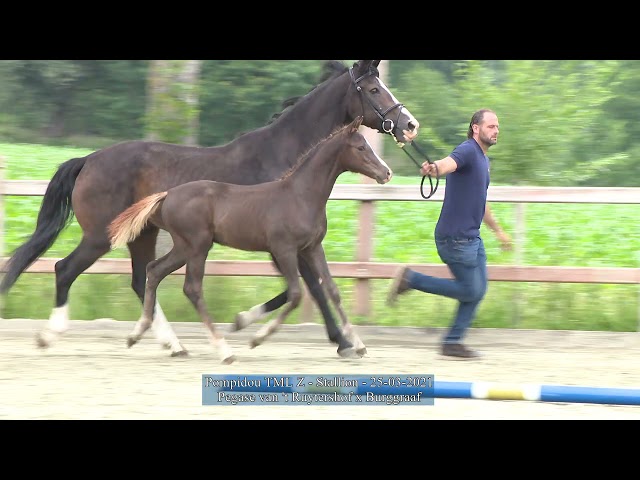 Pegase van 't Ruytershof has been the trendsetter of the stallion competitions and selections in recent years. The son of Comme il Faut jumped into the limelight several times and is sought after by breeders, which earned him the Young Stallion Award and which explains why he is often called the promise of his generation. He jumps just like his father with fast reflexes and has a fantastic canter, which he seems to pass on to his sons and daughters. His first series of foals provided the 2019 champion foal in both the male and female classes.

Pegase’s qualities are no surprise. Besides father Comme Il Faut, extremely successful under Marcus Ehning, he descends from one of the best BWP mare lines. He is a half brother of Jilbert van 't Ruytershof and a grandson of Diamanthina van 't Ruytershof, the full sister of Emerald van 't Ruytershof.

Also on the dam side, this Pompidou has everything a top sport horse should consist of. Mother Rosalina, a daughter of the preferent Burggraaf, is already grandmother of the 1m45 horses Cekina Z and Jokina. In 2017, Burggraaf ranked 2nd in the top 10 suppliers of Grand Prix horses. With Roelof Bril in the saddle, this stallion has successfully jumped 1.40m and he was an often-seen participant in power trials with heights up to 2m10.

One of his most successful colts was Peppermill, who under John Whitaker was a fixed value for the British team. He competed at the 2006 World Championships, the 2008 Olympics and wrote several Grand Prix and Nation Cups to his name. Now or Never and Burggravin also won several World Cups with Piet Raijmakers and Roelof Bril respectively.

The record of Rosalina's mother, the elite, preferent, presation mare Wokina, is not inferior to that of Burggraaf and is almost even more impressive. She is the root of one of the best mare lines in the Netherlands. Her sons Topaas E (That's Life) and Victor E jumped to 1m60 level, with Pia-Luise Affrecht and Christine McRea respectively, followed by Jonathan McRea and Chloe Reid.

She is also mother of the 1m45 mare Selina (Mermus R) and the breeding mare Dakina (by Amor). This Dakina gave life to an impressive list of sport horses and breeding stallions. Among others, she is the mother of Hofnar, a son of Rex Magna xx, who was approved by the KWPN studbook. He won several stallion competitions before he was sold to Denmark, where he competed in the Small Tour and where he can still be found today in several dam lines. Dakina then gave birth to the stallion Lexicon Z. Several times, this stallion jumped to the podium of World Cup competitions in Los Angeles, Calgary, Indio, Del Mar, etc. with Helen McNaught and Trevor Coyle. After his sporting career, Lexicon was used in breeding with good results, as no less than 35 of his offspring jump 1m50 or higher. Think of Spruce Meadows winner Everse W (Rowan Willis); Wings, who Gert Jan Bruggink-trained to the highest level and who left after many successes to McLain Ward, and so on. Dakina's other son, Carthino Z (by Carthago z), was considered one of the most talented young stallions in the Netherlands. Carthino Z became reserve world champion in Lanaken as a seven-year-old with Gerben Morssink. Remarkable was that Zekina, the daughter of Carthino's full sister Calina Z, became winner in the 5-yr-olds in the same year. A performance that was never equaled afterwards. Both horses climbed their way up to the 1m50 level. Carthino knew his greatest successes in breeding, as father of 14 1m60 horses and more than 60 1m45-1m50 horses, among which the stallion Casantos (1m60 with Yuri Mansur and Eric Van der Vleuten), Fischersolution (1m60 Michael Jung) and the 1m60 winner Diandria (Piergiorgio Bucci). Zekina won with Jane Richard-Phillips several Grand Prix like Ancona and Augusta and could stand several times in the prize-giving of competitions like CSIO Rome.

Lexicon Z also has two full sisters, each of whom bred creditably. The mare Sabina produced five horses that jumped 1m45 and more, including Zemilion, and Valina is dam of 1m50 jumping Cartaire Z.

From the combination of For Keeps with Dakina, the stallion Faithfull was born, who with Gerben Morsink was in the top 10 of several big prizes, just like Clintino (s. Clinton), Dakina II and Navarone Z (s. Nabab de Reve). With Navarone, Gerben Morsink finished 2nd at the NK for Seniors, competed in the Nations Cup and recently won the Grand Prix of Kronenberg, Valkenswaard and Exloo. Let's go back to the mare Calina, who herself competed at the highest level with Gerben Morsink and Julia Kayser. Next to Zekina, she also produced the 1m45 horse Galina and the 1m40 Colino. The younger Morsink generation has recently taken over the rains of Faithfull and Dakina II.

It may well be said: it runs in the family.

Do not miss out on the opportunity to add this colt, who has the best blood of Holland and Belgium running through his veins, to your stables.