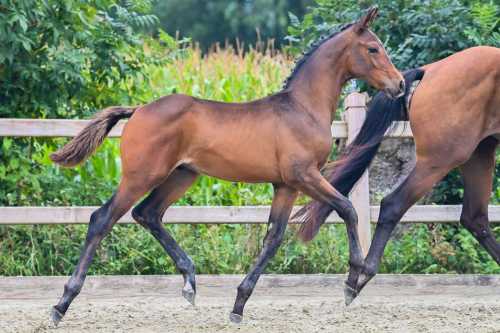 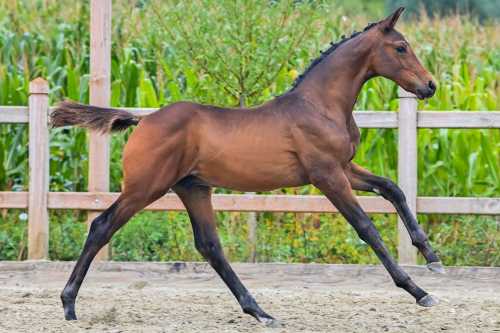 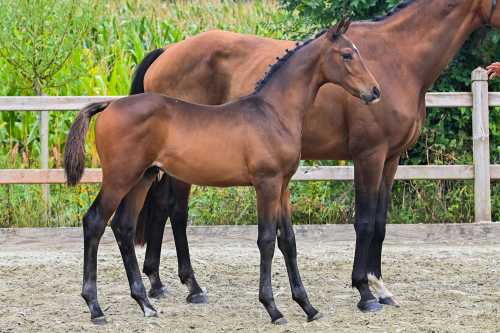 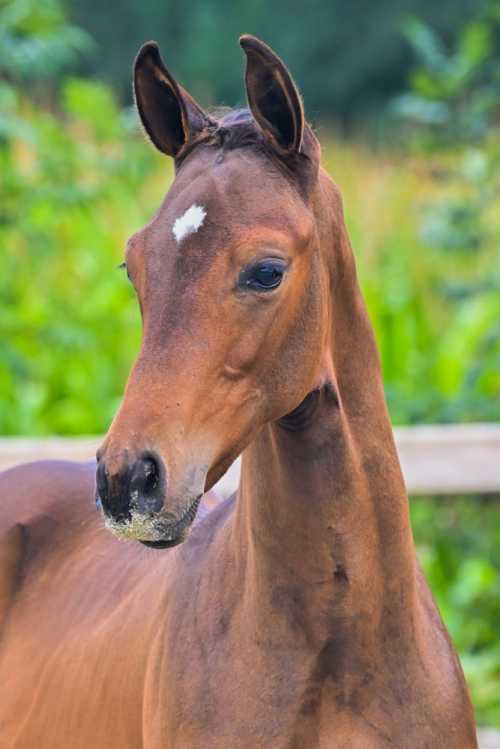 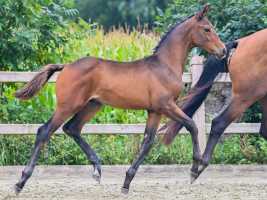 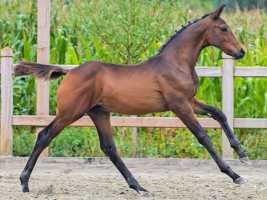 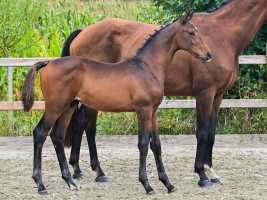 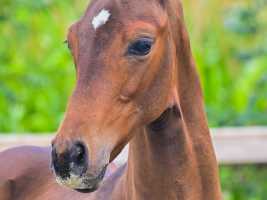 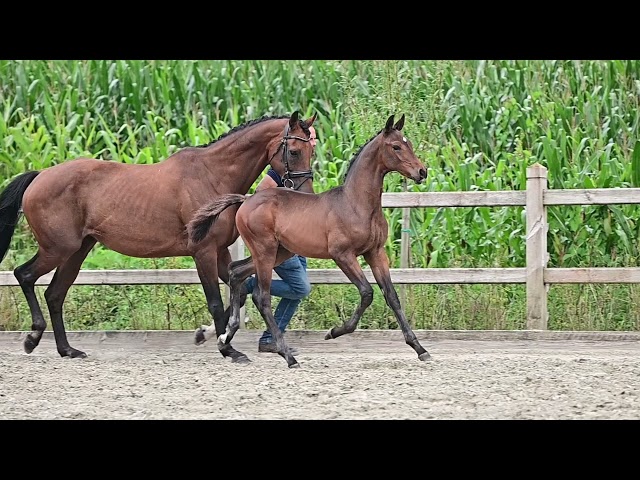 Santo Florencio is a descendant of the impressive Oldenburg stallion Santo Domingo.

Santo Domingo stands out for its charm, charisma and 3 extraordinary basic paces,  he received aswell a premium at  Oldenburg.

In 2015 Santo Domingo made his debut with victories and high rankings in the category of young horses.

In addition, Santo Domingo closed his 70-day test in Schlieckau with a score far above the average. In 2016 & 2017 he became national champion of the 5 and 6 year old dressage horses.

In his first years he brought numerous primed foals, liked by buyers from home and abroad. Santo Domingo’s sire San Amour I has become one of the most influential stallions in German dressage breeding, just like dam’s sire, Furst Heinrich

Also the dam line of Santo Domingo is one of the most successful in German breeding. Highlight is the exceptional mare Putin: she became Bundeschampion and world champion young dressage horses.

On dam’s side of Santo florencio we find the verbandsprämie-merrie Sarina HTC. Sarina has already performed very well in breeding. Her offsprings are liked to be seen at foal inspections, for example Sensible HTC was awarded as Elite Foal in 2019 and Supplenesse HTC received an Oldenburger Foal Premium.

With Florencio I as mother’s father, a lot of movement quality is anchored in the bloodline. Florencio became world champion two times in a row with Hans Peter Minderhoud in the young horses in Verden and had emerged as an excellent inheriter.

Charmeur, Firestone, Apart, Florenciano and many others confirm Florencio’s quality in sport as well in breeding.

Santo Florencio’s bloodline is undoubtedly extremely interesting. In addition, he is blessed with charisma and a lot of movement.