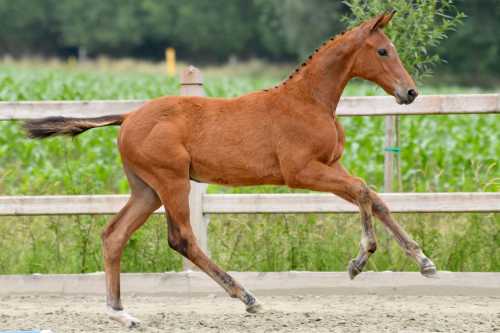 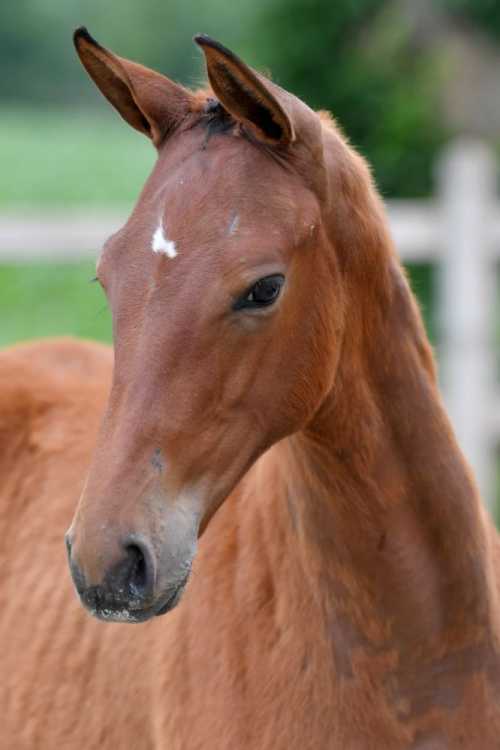 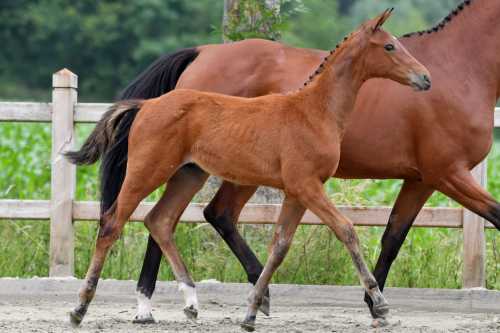 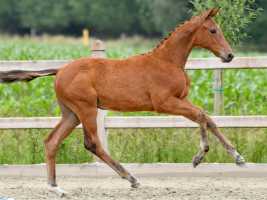 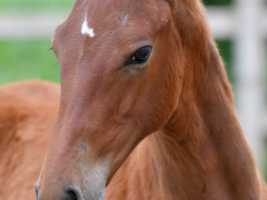 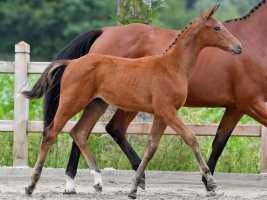 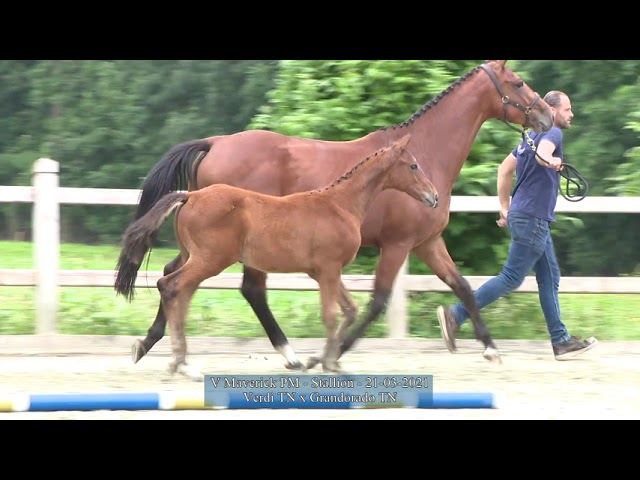 Verdi TN is the fantastically cantering stallion that invariably kept 0 on the scoreboard for many years and was an anchor for the Dutch Team under Maikel van der Vleuten. It is an athletic stallion with unlimited scope and a lion's heart, who participated in the EC in Madrid, then two Olympic Games, a World Championship and then two more European Championships. After Olympic team silver in 2012, World Cup and European Championship gold followed in 2014 and 2015. As a bonus, there was a win in the final of the FEI Nations Cup in 2014 . In between, Verdi qualified for the World Cup Finals five times, finishing sixth, seventh and ninth twice, among others, and emerged victorious at several major prizes and World Cups. Even in the latter days of his career, there is no measure of Verdi. In fact, in 2018 he was the highest earning horse in the world with over 1.4 million euros.

The young mare Morlander, a descendant of Grandorado, is a half-sister of the 1m45 performing Zico VDM (Melissa Ambrosetti) and is through her grandmother Jorlanda linked to no less than 4 horses that jump 1m45 and higher: Eastpoint (1m45 - Joukje van der Meer), Bambi (1m50 - Nelly Gauderon), VDL Empire (1m60) and Colanda Z (1m60). Under Niklas Arvidsson, VDL Empire performed in no less than 16 Grand Prix. At the moment he is at a blessed age, working as a training horse in Florida.

With his unlimited scope, Grandorado is an absolute natural talent. He became KWPN Performance Champion and was ridden by Willem Greve. Meanwhile they have achieved several successes on the highest level, including a victory in Kronenberg, a 6th place in 5* 1m55 in 's Hertogenbosch and an 8th place in the 1m55 in Valkenswaard. He is also exceedingly popular among breeders, because he adds strong reflexes, technique and power to his offspring.