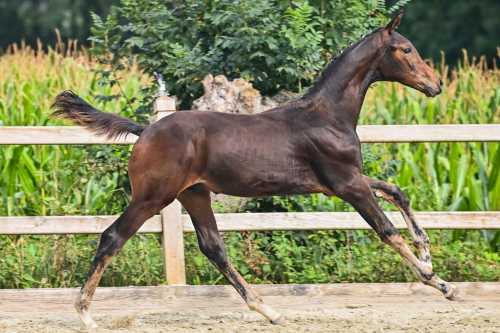 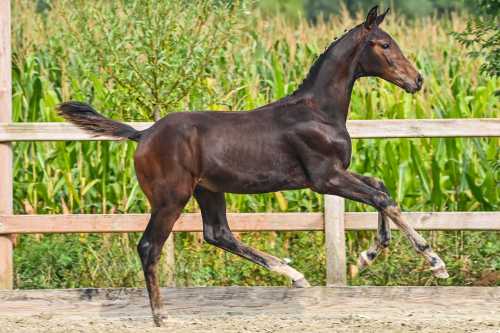 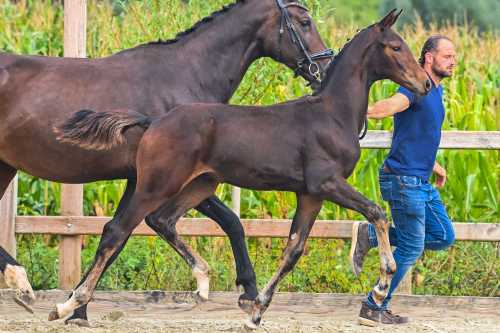 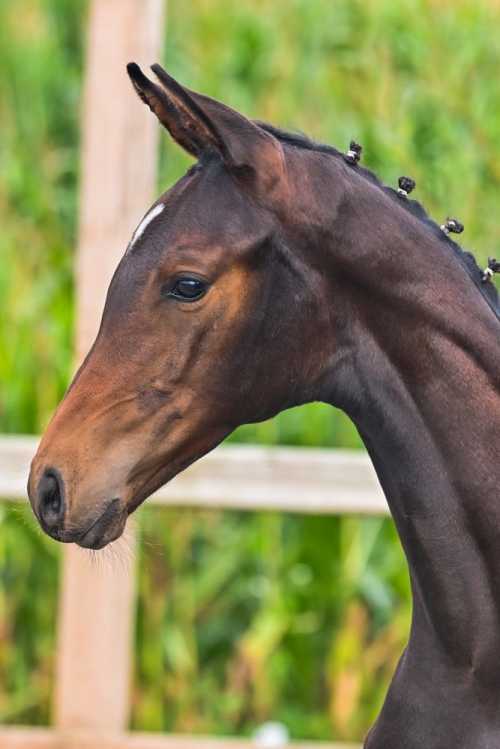 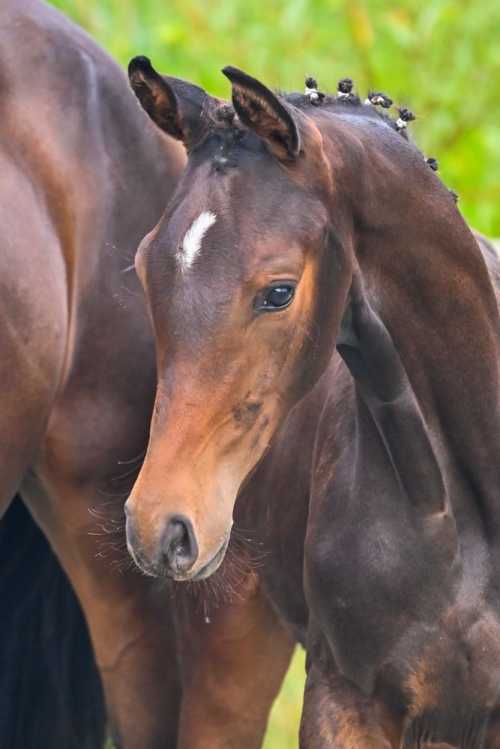 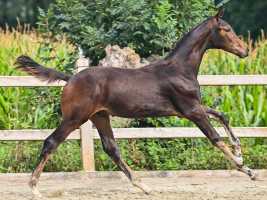 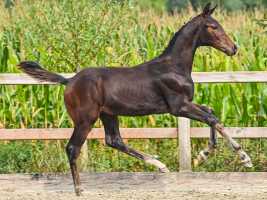 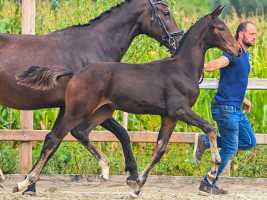 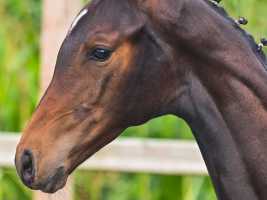 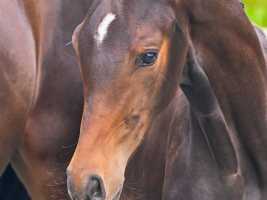 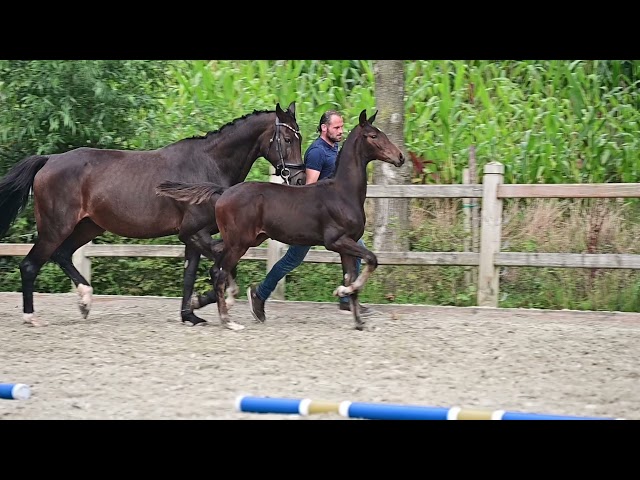 The charisma-like Verdeaux is a son of Ferdeaux, which clearly inherits his movement technique and good hind leg use. From his first vintages he also seems to pass on his good attitude.

The stallions Jerveaux, Las Vegas and Jarville are all honoured for their good, workable character and form the highlights of the young horses’ trials.

Dam Etanga II is a daughter of the elite mare Atanga, a half-sister of the Wynton offspring and Etanga performing at Grand Prix level.

As the father of Etanga II, Fürst Romancier is known, which gives us an interesting combination of strong German and Dutch bloodlines.

Fürst Romancier has grown into a supplier of top sport horses. His daughter Fasine triumphed as champion of the six-year-old dressage horses and was a winner of the Oldenburger Elite Mare Inspection in 2012.

Furthermore, an endless list of strong performing offspring in the international circuit follows. This Verdeaux is undoubtedly in for a nice sporting career.