Out of the exceptionally elegant Raven 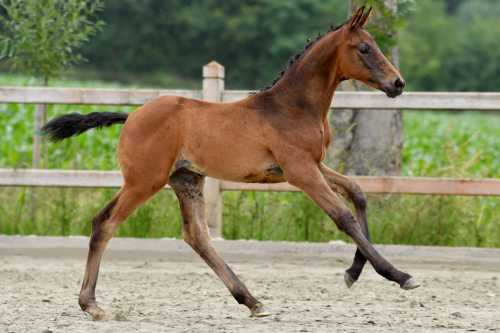 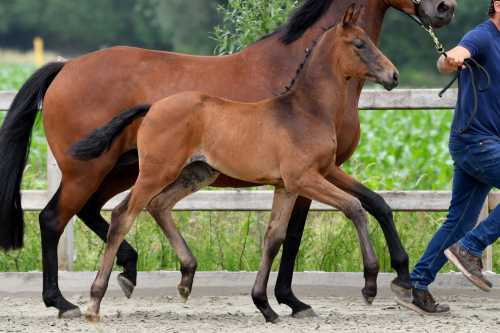 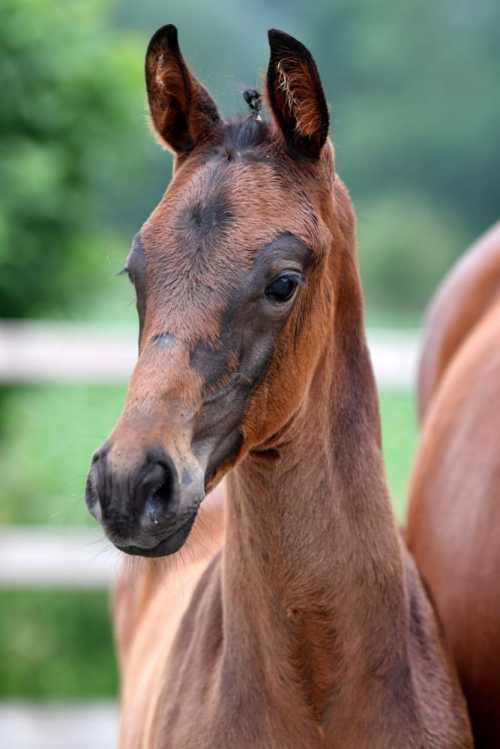 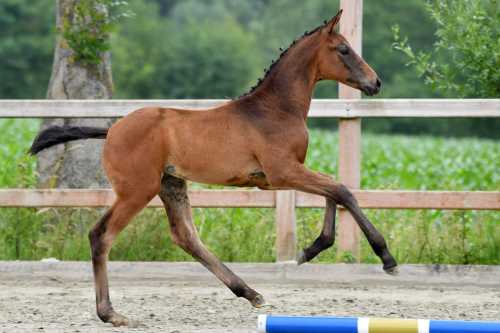 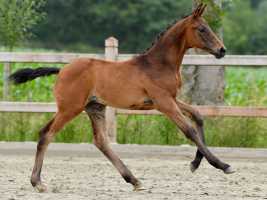 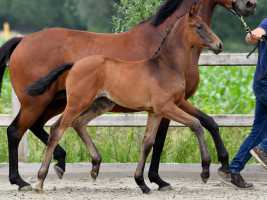 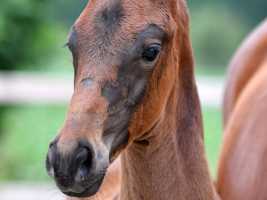 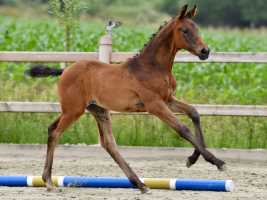 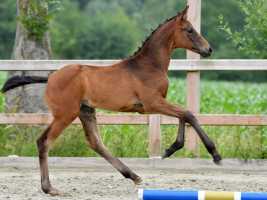 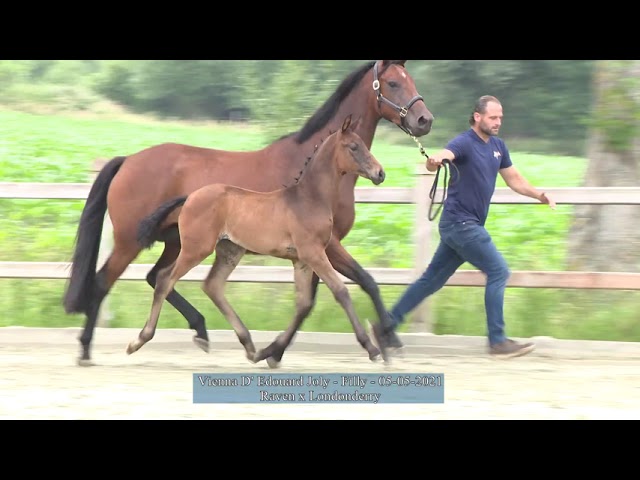 Vienna is a descendant from the first crop of the trendsetter and premium stallion of the 2019 Westphalian Stallion Show, the promising Raven. The combination of two-time world champion Revolution, the class S successful and versatile sire Christ, and the Trakehner stallion Buddenbrock, makes for a very special blood composition. Revolution fulfilled the sky-high expectations by becoming double world champion in the 5 and 6-year-olds. Even as a young stallion, he stood out and after a closely fought bidding duel, he became the price highlight at the Hanover Stallion Show. With his selling price of 1.2 million, he broke all records. Helgstrand's investment paid off, as he convincingly won the World Championships with 9.44 overall and a 10 for canter, and in 2020 he made his entrance at light tour level with a score of 74%.

Raven himself is blessed with fantastic hind leg use, a particularly beautiful conformation and a very good work ethic. There is no doubt that he is in for a bright future. Recently, it also became clear that breeders too have great belief in the stallion, as the foal Rising Star, with a sales price of €90,500 euros, was the price highlight in Westphalia a few months ago.

Vienna's dam, Happiness d'Edouard Joly, is in turn a daughter of Londonderry out of a Sunlight van de Zuuthoeve mare.

Londonderry was lauded as a champion stallion upon his approval in 1997 because of his expressive movements and excellent conformation and has been very popular with breeders since the beginning of his breeding career. He adds the sought after blood of the Thoroughbred Lauries Crusador and gives long-legged, well-moving offspring that are strong in type. His son Lemony's Nicket was auctioned at a price of €900,000 and during his short-lived breeding season, he clearly passed on his ability to move. Londonderry, like his sire, primarily makes his mark as a mare maker. Examples are d'Avie (s. Don Juan de Hus), San Severo, First Diamond, Destacado, etc. In sports, Lights of Londonderry, Liaison, Luxor and Lord of Dream are among his most famous offspring.