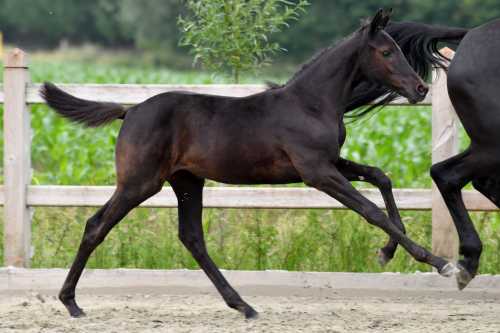 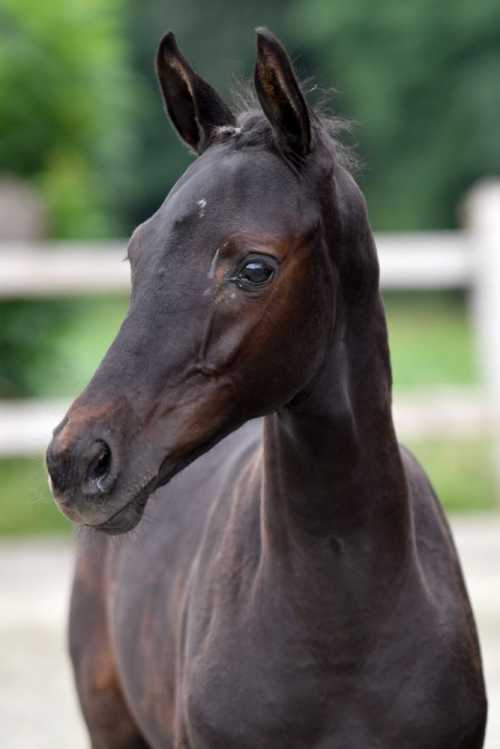 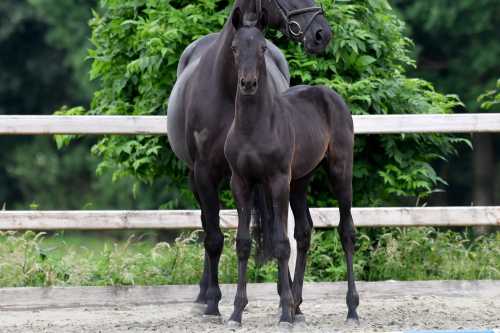 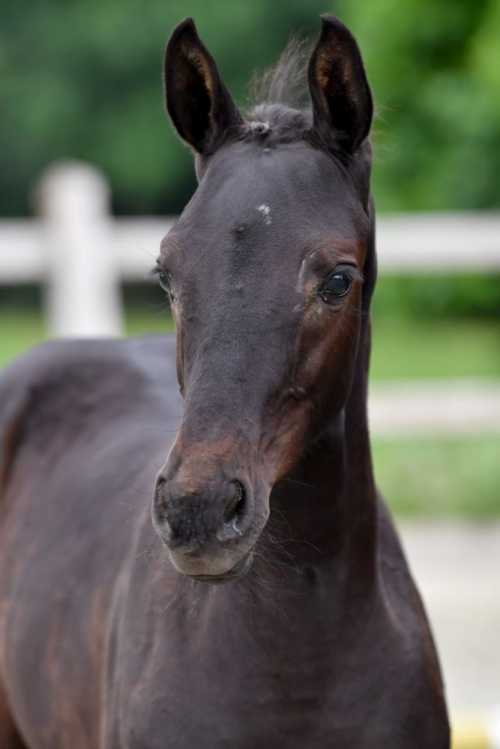 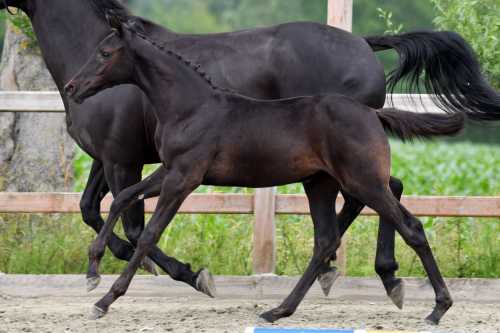 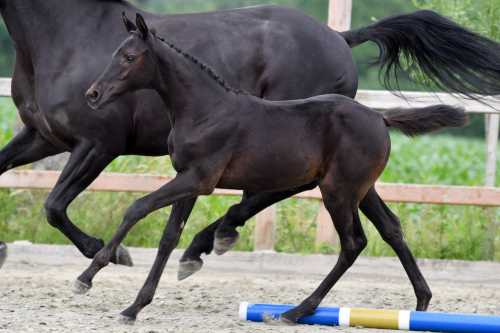 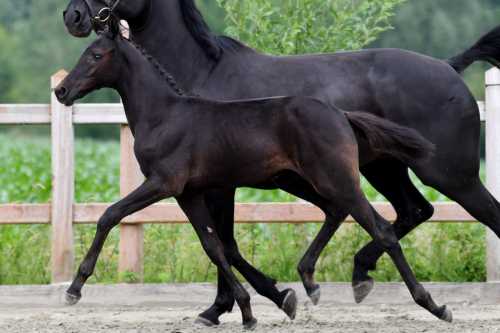 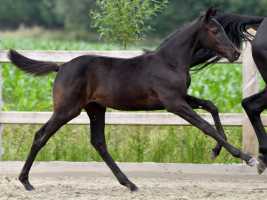 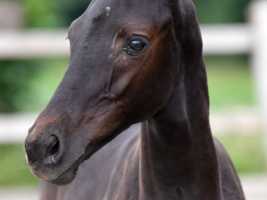 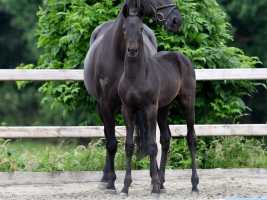 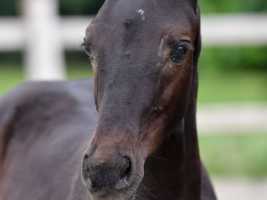 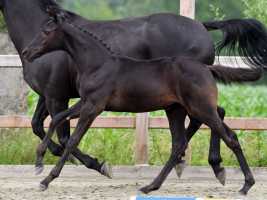 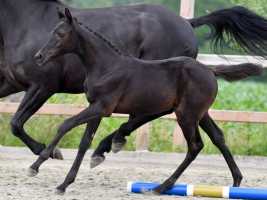 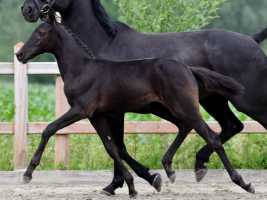 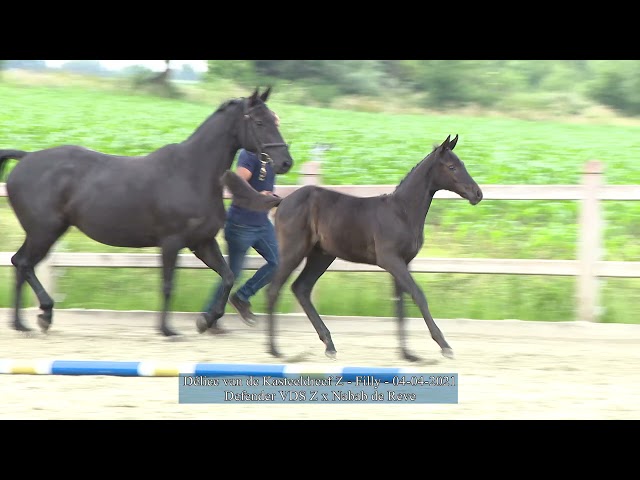 Defender-Z is a blend of absolutely top sport blood. Due to his very athletic ability, phenomenal attitude and extra jumping manners, just like his father Dominator, is turning out to be a popular stud and comes from a good litter with Etoulon, Dereusa S, Re Mexico, Broken Heart and Edoctro as closely related jumpers at 1m60 level and his mother who was active at 1m40 level. Defender VDS Z was licensed by Zangersheide and the KWPN appointed him for the performance test. His performance during the inspections was exceptional and he especially impressed with his technique and reflexes. That, combined with a fantastic canter, balance and attitude makes him a complete stallion.

The mother of Délice, Lola van 't Sparrenhuis, is a daughter of one of the pillars of BWP breeding, Nabab de Rêve. The stallion, who was always available as a breeding stallion at Joris de Brabander’s place, achieved the greatest successes in sport and also in breeding he did not disappoint at all. Not only the stallion himself, with his rider Philippe Lejeune, but also his sons Glock's London, Ensor de Litrange, Glasgow van 't Merelsnest, Vigo d'Arsouilles, Kashmir van 't Schuttershof, rode one (Olympic) medal after another. A descendant of the late Nabab de Rêve has won several times in every legendary show jumping arena in the world. He did not only make the breeding of Joris de Brabander great, but also put the BWP on the map as a supplier of show jumpers.

The 2nd mother of Lola van 't Sparrenhuis is the mare Knappe van Heyvelde. Knappe has some special sons and daughters among her offspring. Tolano van 't Riethof (v. Chin Chin) scored under Reggy Hofman and Shaun Neill, but is also father of Taran de la Pomme. Also the Darco son, Salto van 't Riethof performed excellent with Vincenzo Chimirri in the saddle, they were 2nd in the 3* 1m50 in Arezzo. Vita van 't Riethof supplied the 2 top horses of the American talented rider Lucy Davis, Barron and Curtis 72. The nippy chestnut Barron had a wonderful career with no less than 8 victories at 1m60 level. They won in Barcelona, the Stephex Masters, Thermal, Rotterdam, etc. With the American team they won a silver medal at the Olympic Games in Rio de Janeiro. Also younger brother Curtis guided Lucy to great results, for example during the World Cup finals in Las Vegas they became 6th. Ultra van 't Riethof is mother of Lou Lou d'Emma, the 1m50 horse of Giulia Locatelli. Quita van 't Riethof D'08, the mother of Lola, also gave Goldy van 't Sparrenhuis, who is the dam of Kay. Kay was also active at the highest level with Rising Star Jessica Mendoza. They won the 1m45 during 2* Grand Prix in Wellington.

Delice descends from a dam line to be proud of, and as you know, good blood never lies.