Lightfooted filly out of the half sister of Hargento (1m60) 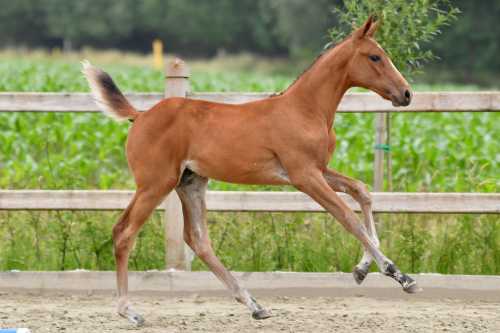 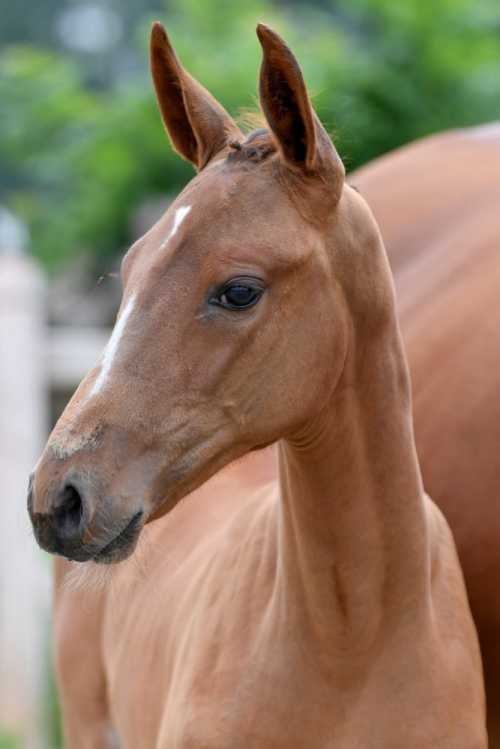 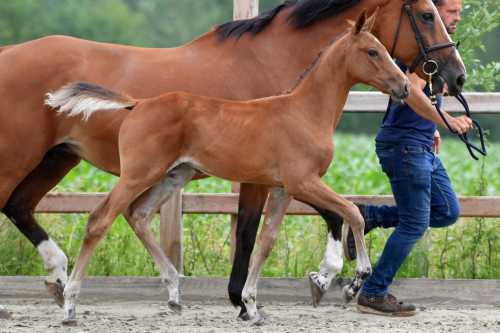 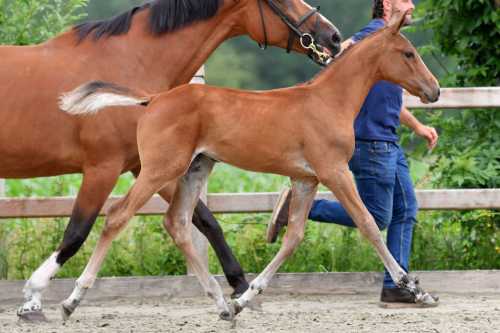 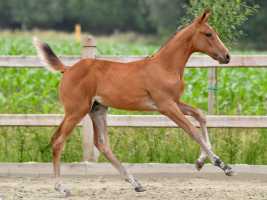 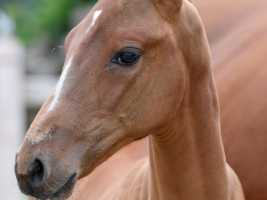 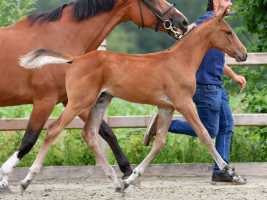 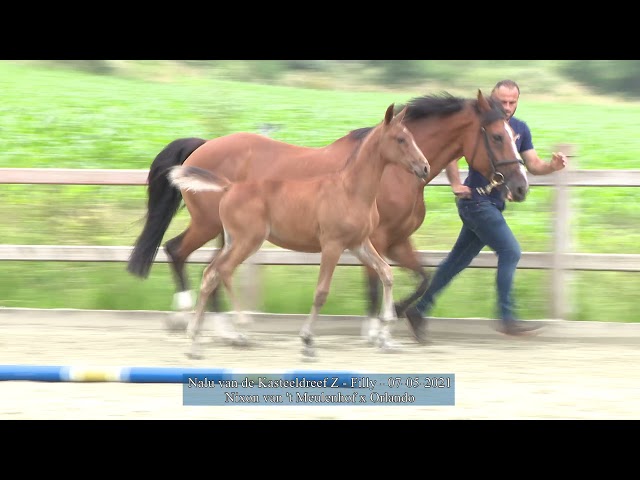 Nalu is a daughter of Nixon van 't Meulenhof out of the mare Dorlanda van 't Laerhof. She canters and shifts with great ease, something her sire Nixon also does. This stallion is a cocktail of the best that BWP breeding has to offer. He is a half-brother of none other than Emerald and Diamanthina van 't Ruytershof, both extremely successful in both sports and breeding and active at the very highest level. For example, in 2016 Emerald managed to achieve 2nd place at the World Cup finals in Gothenburg. Emerald was also part of the 2016 Dutch Olympic team in Rio. In 2017, Emerald was the winner of the Global Champions Tour and Global Champions League in Chantilly.

Nixon's sire, Denzel van 't Meulenhof is a son of the now legendary Narcotique de Muze, who had many successes at 1m60 level, and is also dam of Jenson and Iron Man van 't Meulenhof.

Nixon is highly sought after by both breeders and buyers. In 2018 and 2019 he was the most popular stud at the BWP, which earned him the Young Stallion of the Year Award. Daughter Rosie van 't Netehof (Nixon van 't Meulenhof x Cadeau de Muze) became price highlight during the 2017 Prinsjesdag Auction. In addition to his successful career in breeding, he is also breaking through on the international stage with Harrie Smolders in the saddle. Early in 2021 they achieved a 12th place in Salzburg with their first start at 1m50 level. The future looks bright for this beautiful stallion, because for Axel Verlooy he is already a candidate for the Olympic Games in Paris 2024.

Dorlanda is a descendant from a small dam line that has already produced excellent horses. She is a half sister of Hargento van 't Laerhof, also known as Deniro. With Piergiorgio Bucci in the saddle, this Deniro jumped to great successes at 5* level. They were 1st in Knokke and Villamoura, 5th during the Global Championstour in Hamburg, 2nd in St. Tropez, etc. Later Miklos Csillaghy took over the reins and Deniro continued the winning momentum. They won the 5* in Geesteren, and several (inter)national competitions in Italy.