A proven recipe for success, in a coloured jacket! 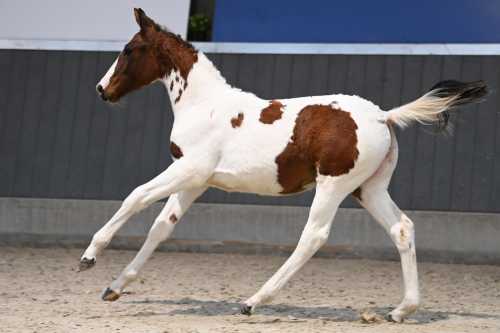 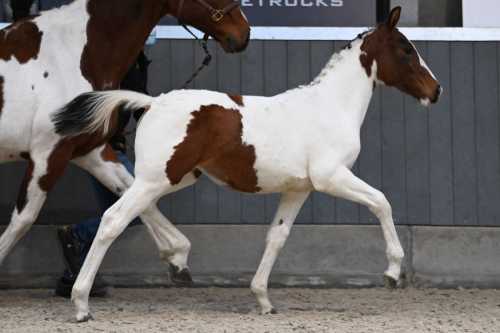 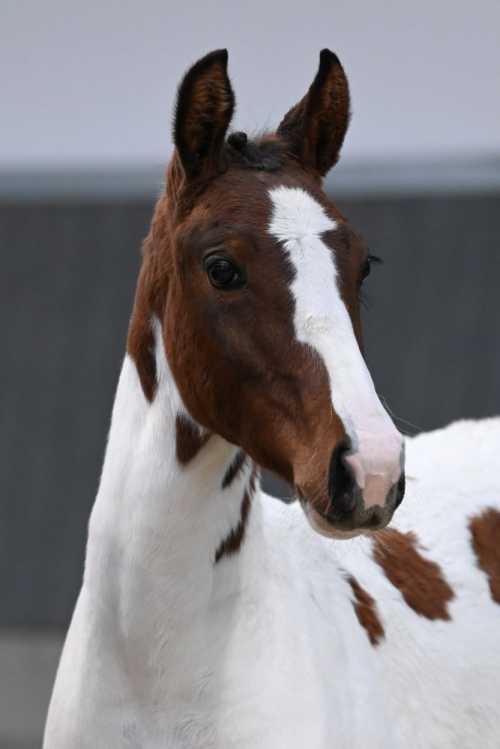 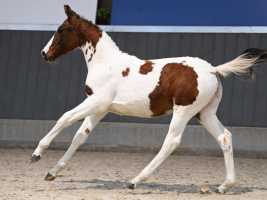 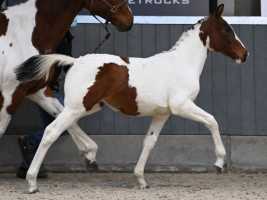 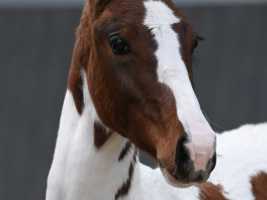 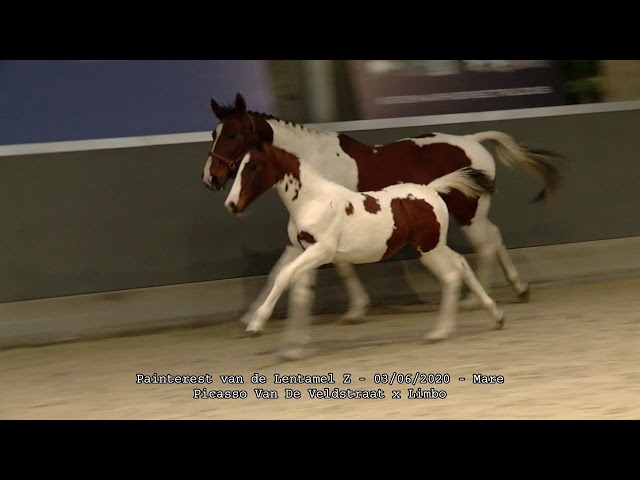 The blood of Toulon, combined with the mare Vita is a formula that has already proven itself.

The father of Painterest is the young stallion Picasso van de Veldstraat, a son of the famous progenitor Toulon. As a 5 year old stallion, Picasso jumped the Pavo Stallion Competition with 4/4 clear rounds and ended triumphant. He caught the eye because of his scope and power and is promised a bright future without a doubt. Half brother Moulon is active in the 1.40 m level and also Ritouche Greenfield (1.45 m), Hermes van de Perenboom (1.45 m), Othello van de Perenboom (1.50 m), Gunder (1.60 m) and Offecier van de Perenboom (GKK BWP) descend from the dam line of Picasso.

The mare Vita has already earned her stripes as a mother figure. Her first foal, Belgique van de Lentamel, jumped the 1.35 m class with Caroline Buyens. Among other successes, they ended 2nd at the Senior Female Belgian Championships in Nieuwpoort and were placed 2nd in the final ranking of the Gouden Laars in 2011. The son of Belgique, Franciscus Hero, jumps the 1.35 m class as well.

The second descendant of Vita, Che Guevara, has created a proud record together with Frederic Vernaet in Belgium. Frederik Vernaet also got to ride his full brother, Engel Gabriel van de Lentamel, before handing over the reigns to Ben Schuurmans. Vintage Solange, the Darco son out of Vita, has a meritorious record under the saddle of Vincent Bartin. They had places of honour in, among others, Palaiseau, Paris, Cannes and Arezzo. Also Juffrouw van de Lentamel has already found her way to this particular level. This daughter of Toulon won a 1.40 m class at the CSIO YH of Golra Minore at the age of 7, after which she has already obtained 17 international places of honour and 5 victories. Juffrouw herself has already produced two foals. Firstly, the BWP-approved son of Emerald, Mijnheer van de Lentamels, who was recently bought by Cian O'Connor. With Anna Willks he jumped to a 4th and 5th place in the 1.40 m at CSI Knokke and to the victory at Oliva. Second, Juffrouw's half-brother Groenaannemer van de Lentamel (s. Nabab), who is certainly not inferior to Mijnheer. The young combination has already shown some promising rides. Another daughter of Vita, Lieve Vrouwke van de Lentamel, was introduced as a breeding mare after entering the cycle for 5 year old horses. Her first descendant, Ping Pong van de Lentamel was sold to Germany during the Zangersheide auction for 48.000 euros. Also the Diamant de Semilly daughter, Swarovchique, was passed on for 38.000 euros, this time at the Horseman Elite Auction.

Handige Harry van de Lentamel, a Bentley van T&L son out of Vita, was bought by Ignace Phillips and recently added the victory at a CSI-YH 1.35 m course to his name. The 5 year old Chique Choque was trained at the Zuuthoeve and left for his new owners in Sweden last month. Also for this "Van de Lentamel"-youngster, the future is very bright.

Vita, who is 22 at the time, has already built up a good-looking progeny. Painterest van de Lentamel is an exceptional opportunity for sports and breeding!