Colt out of Fantomas with loads of suppleness, movement and balance 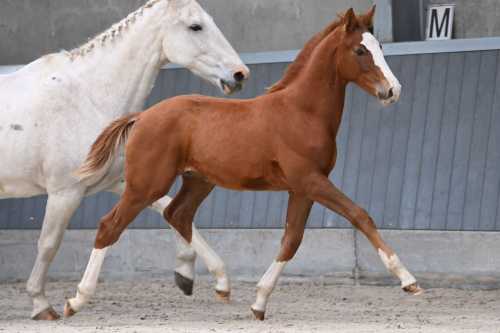 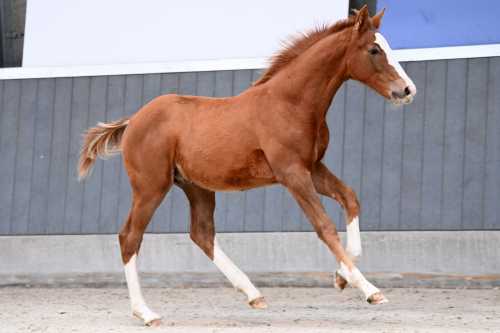 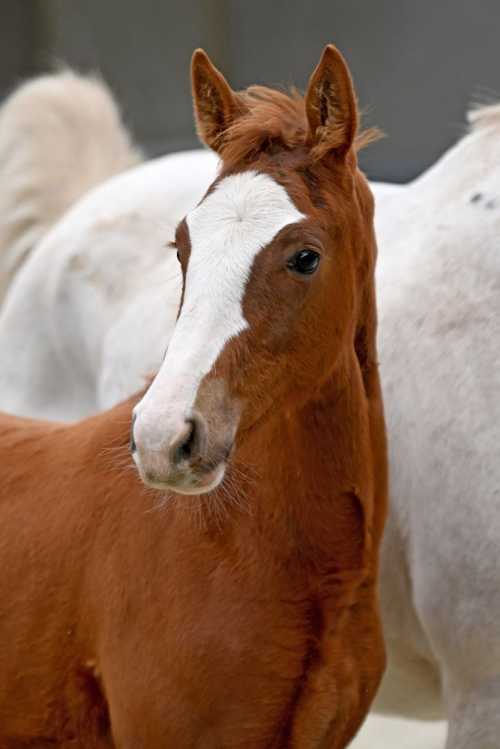 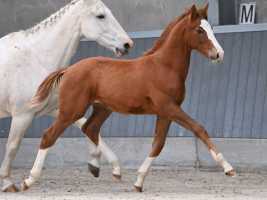 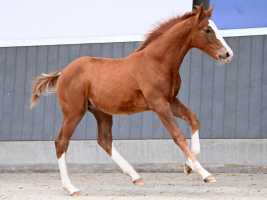 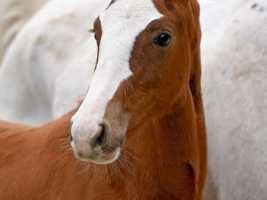 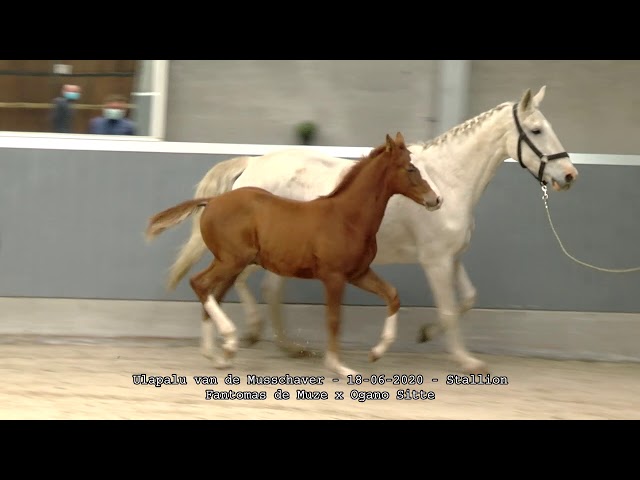 Ulapalu van de Musschaver is a chestnut colt that moves with a lot of suppleness and balance. As the Sire, Fantomas de Muze is listed.

That son of Sandro Boy is combined with For Pleasure and Darco and descends from a very well-performing dam line. Granddam Nikita de Laubry jumped at the highest levels herself. Igor de Muze (1.60 m), Global (1.60 m), Lord de Muze (1.60 m) and Lector van den Bisschop are all, just like Fantomas, descendants of Cordula de Laubry.

The power house Fantomas jumped at the top levels himself. He won several competitions at the 3* and 4* level in 2018 and 2019, as well as the Sires Of The World in Lanaken, the Puissance competition at the CSI-W in London and a 4th place at the Belgian Championship in 2016.

His offspring is breaking through at the GP-levels, for example Karlin van ’t Vennehof (Shane Sweetnam) and Kenia van ’t Laerhof (Jane Richard-Philips). Fantomas de Muze guarantees scope, suppleness and a top of the bill mentality.

The dam Syrka D’Harveng is daughter of Ogano Sitte. Ogano Sitte, just like Fantomas, was very successful as a showjumper. Under the saddle of Dominique Hendrix he booked a lot of successes at the Grand Prix level. Ogano descends from a very famous dam line that draws back to Gute Sitte, with whom Eric Wauters won the bronze team medal at the Montreal Olympics. Several other descendants of Ogano are currently competing at an international level, among which: Viego les Hauts of Viktoria Gulliksen, Aganix du Seigneur with Jos Lansink, Sisley de la Tour Vidal of Penelope Leprevost and Gaudi, who was first ridden by Marcus Ehning and who went to Spain because of Ludger Beerbaum. In Mechelen, the son of Dayton Sitte, won the jumping class for 7 year old horses. Also in the dam line, Ulapalu is related to international sport horses. The half sister of Syrka, Rania D’Harveng jumped successful with Charlotte Bossrez until the 1.45 m level. Her son, Vangelys du Rieu d’amour also jumps the 1.45 m class in the USA with Hunter Siebel in the saddle.