UNIQUE OF THE PADDOCKS 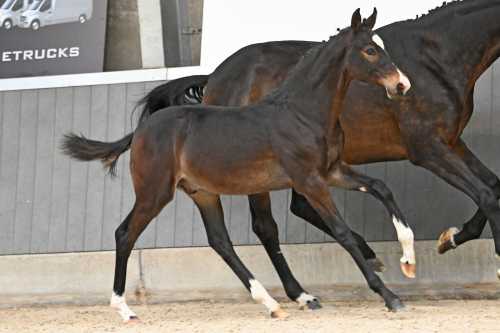 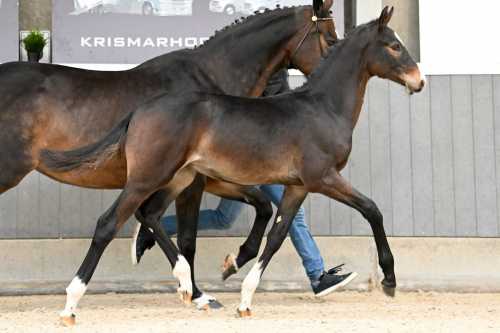 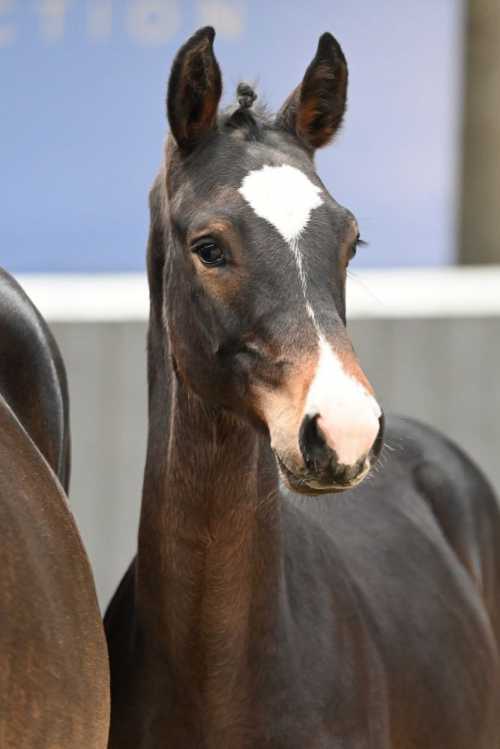 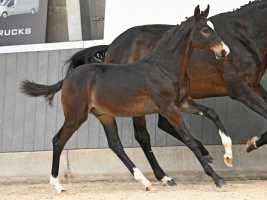 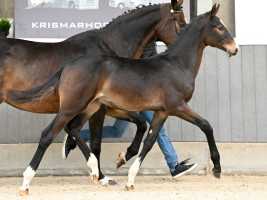 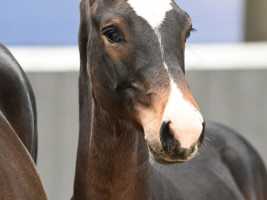 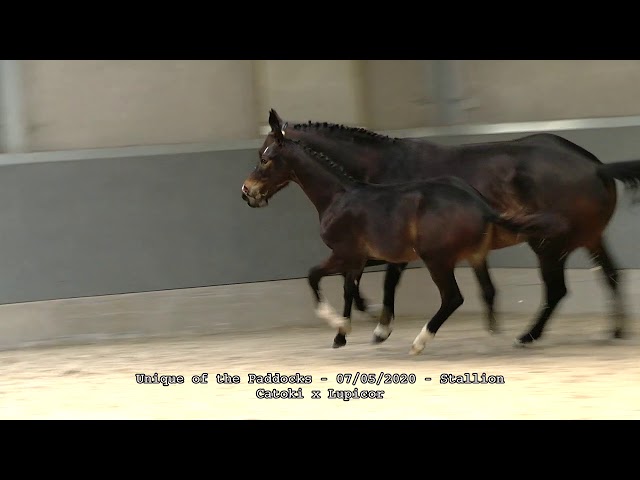 A very special and successful stallion is listed as the father of this Unique of the Paddocks: Catoki. Already as a youngster, this electric and cautious stallion scored highly. Among other successes, he became vice-champion at the Bundeschampionat at the age of 5 and also Oldenburger Landmeister. Later on, Catoki won the 1.60 m GP of Vigo, Donaueschingen and the Word Cup competition of Bordeaux under Philipp Weishaupt (GER). Also the places of honour in Helsinki, Hickstead, Valkenswaard, Aachen, Liepzig, Oslo, etc. are not to be forgotten. The duo was selected for the German team several times, jumping to victories at Nation Cups such as the ones in Hickstead and Calgary. Catoki is responsible for a total amount of 416.400 euros in prize money and is in the meantime the sire of 58 approved stallions, and several other successful international jumping horses such as Catch Me If You Can (L. Klaphake), Cool Down (L. Beerbaum), Contanga 3 (Alberto Zorzi), Amsterdam 27 (Mario Deslauriers), Catypso (Eric Navet) and many more.

The dam, Walzerbraut, is daughter of Lupicor out of the preferential "Prestatie" mare Oilily-Gold (s. Indoctro). Walzerbraut was easily guided through courses of up until 1.45 m, first under the saddle of Marion Brousse, and later also of Jill Smits, Perry Geryl and Eric Goubart.

Walzerbraut is half-sister of Tarnot (s. Numero Uno), who jumps 1.60 m for Mexico and the "Keur" mares Unifers and Ca Uno S (s. Numero Uno). Unifers herself is mother of, among others, Chiquita S, who was praised because of her pedigree and appearance at the central mare approval of Overijsel, where she was crowned vice-champion. At the EPTM-test in 2012, she was rewarded a 8 for her canter and reflexes, a 8.5 for her technique, scope and mindset, and a 9 for her rideability.

Also Unifer's daughter Deinschnitt-STR received high scores because of her reflexes, mindset, scope and rideability. This mare is, at her turn, the dam of Imposant Str., who jumps the 1.35 m class.

Another half sister of Walzerbraut, C Zamino Z (s. Chellano Z), was trained by Marit Haarr Skollerud, and was subsequently passed on to Heleen Groenevelt, gaining classifications at the 1.40 m and 1.45 m levels. Her youngest half-brother, Landscape Str., recently caught the attention during the finals for 4 year old horses in Arrezzo.

In the same dam line, we also find the up-and-coming talent El Rocco SK (s.Zirocco Blue). Apart from Zirocco Blue himself, Jur Vrieling now has a successor in training who is walking his sire's footsteps. They recently jumped to a 2nd place at the CSI 5* of Saint Tropez (1.50 m) and the victory in Exloo (1.45).

As well the dam line as the sire line guarantee horses with a lot of pedigree, expression, technique and scope above the fence. Unique of the Paddocks does not only have the looks, he is promised a very bright future without a doubt too.