German and French permormance genes combined in one foal! 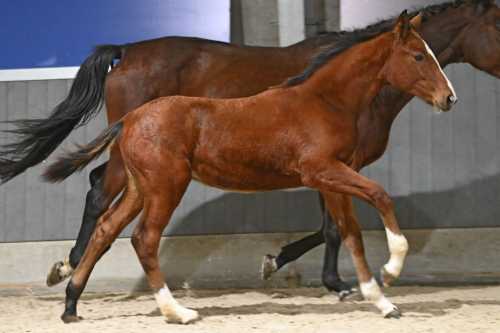 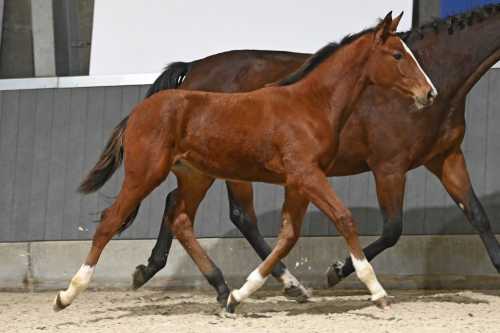 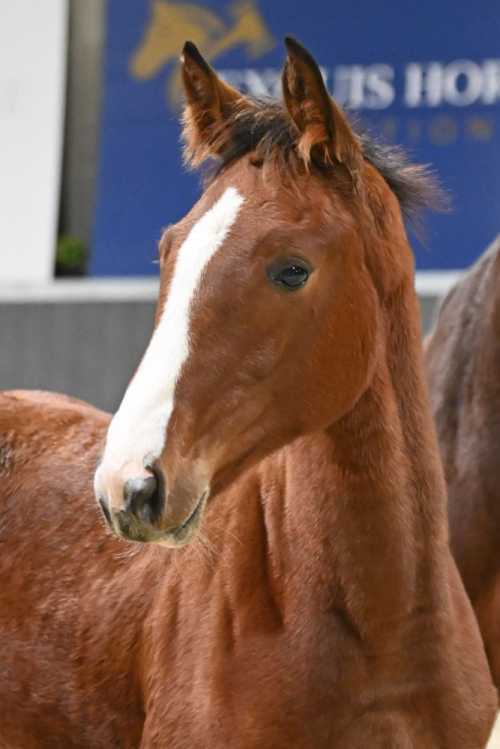 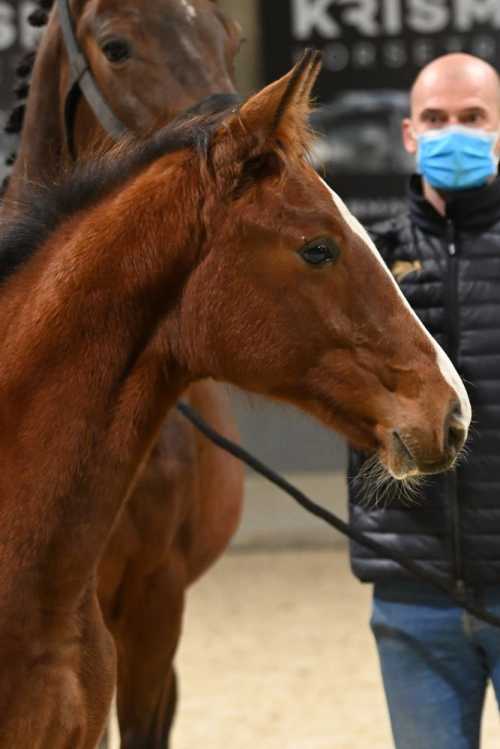 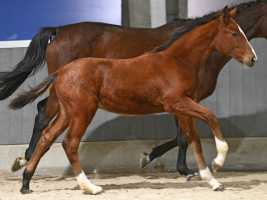 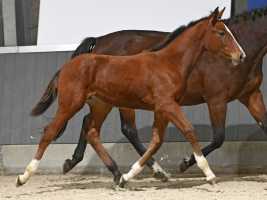 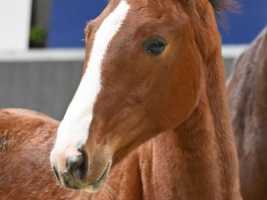 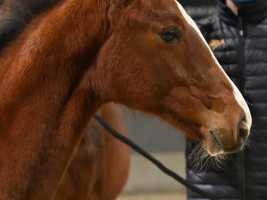 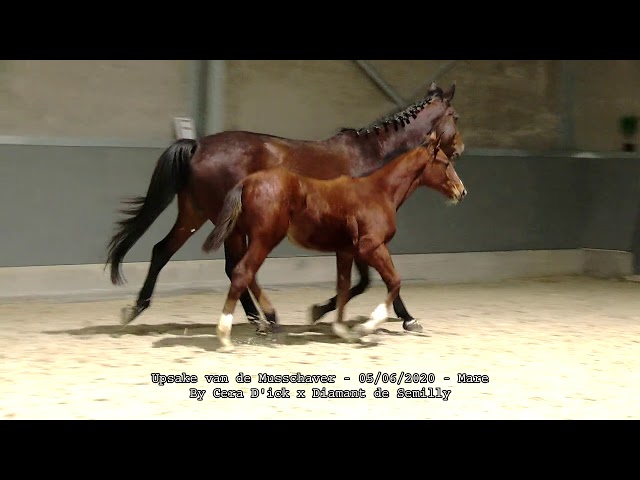 Upsake is a daughter of By Cera d’Ick, a descendant of the Hannoverian living legend Stakkato and the phenomenal mare Fein Cera (s. Landadel). Under the saddle of Peter Wylde, Fein Cera won, among others, the golden team medal at the Olympics of Athens and the bronze individual medal at the World Championships of Jerez de la Frontera. After the Final Tour, she was crowned "Best Horse of the WEG". Fein Cera is at her turn a product of the mare Cera (s. Cor de la Bruyere), who won the Nation's Cup of Aachen with Otto Becker.  By Cera d’Ick's offspring keeps on impressing with its technique, scope and caution.

Also in the dam line, performance is key. Jean Debources “De la Bar's” stud is a known phenomenon in French showjumping. The dam of Upsake, Queency de la Bar, is daughter of the legendary Diamant de Semilly and Eclipse de la Bar (Quand Tu Viens). Under the saddle of Mathilde Delavaux, Eclipse jumped to the victory during the French Queen's Cup PRO 1, with many following triumphs. For example, they obtained a 1st place in the 3* GP of Cabourg, 2nd place in Royan, 5th place in Franconville, 4th place in Lyon, …

After her professional career she produced a progeny of 7. The full brother of Queency, Quartz de la Bar, was approved for the Selle Français and won the cycle for 6-year-olds in Fontainebleau, where he caught the eye because of his suppleness, good canter and quick reactions. Afterwards, he had a fantastic record under the saddle of Kevin Depuiset. R Mes de la Bar (s. Quaprice du Bois Margot) jumped the 1.45 m class for Spain, Thais de la Bar (s. Kannan) has multiple victories to his name in the 1.35 m level and in the national Accumulator Competitions. The latest descendant of Eclipse, Thalys de la Rocque, was trained by Michel Hecart. Subsequently he was, among others, ridden by Eric Lamaze, Ben Maher and Laura Kraut and obtained great results in big competitions, for example CSIO 5*Rome, CSI 5*Calgary, CSI 3*Lummen, CSI 2* Valkenswaard, CSI 5* Wellington, CSI 5* Knokke, CSI 3* Vilamoura, CSI 2* St Moritz, CSIO 5*Rome, etc.

Queency herself entered the cycle for 4-year-olds and was selected for the finals at Fontainebleau. Afterwards she has been used as a breeding mare. Her first descendant, Atendro de la Bar (s. Contendro II) won the Championship for 5 year old horses at the Rosières Aux Salines. Also Fidji de la Bar (s. Contendro II) was already very promising in the 4- and 5-year-old classes.