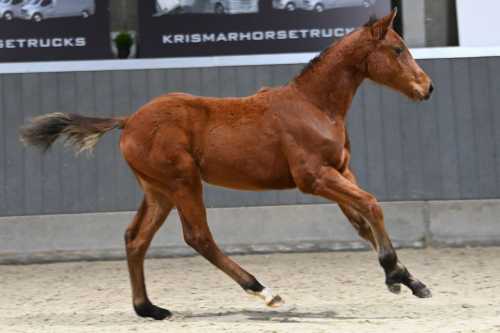 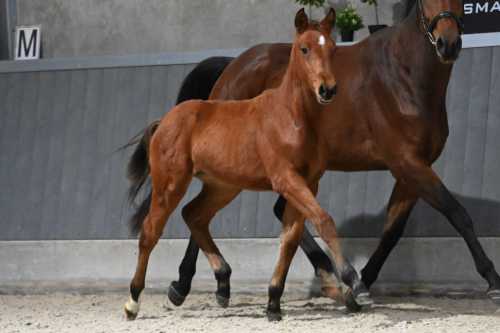 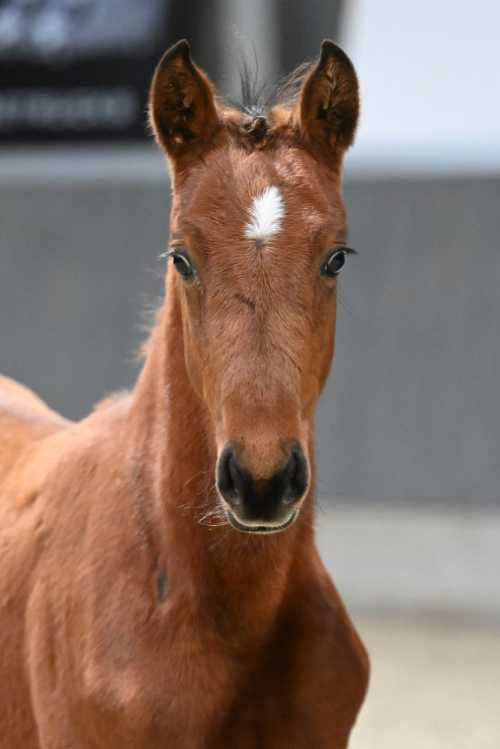 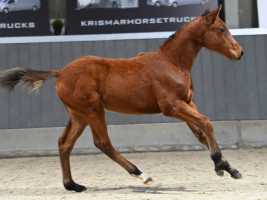 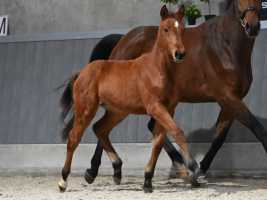 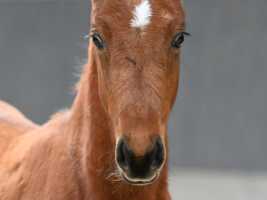 Amadeo already caught a lot of attention as a young horse because of his appearance and scope. As a son of Asca Z (J-A Melchior), who jumps the 1.60 m class, Amadeo van't Vossenhof descends from a very successful family. His mother, Caloma II Z is also the dam of two other very succesful horses: Quatro Loma (1.45 m with Hans Dieter Dreher) and Zento Loma (1.45 m with Diego Caselli). Furthermore, she is the full sister of Bessemeinds Caloma, who is performing at the highest levels with the Norwegian rider Morten Djupvik. Bessemeinds Caloma herself also produced a series of outstanding sport horses, such as the famous Quasimodo Z. This horse is also under the saddle of Morten Djupvik, with exceptional results in the 1.60 m class, for example in the Nationscup of Gijon. Apart from that, Quasimodo Z is very successful as a breeding stallion. In the direct dam line we also find Zindiloma (1.55 m), Astrix di Loma (1.50 m), Hangover (1.45 m) and Genetic-Loma (1.45 m). Amadeo's first international successes in 2020 were very promising, so the future looks very bright for this stallion.

These promising genes are combined with a young, but very flourishing dam line that descends from the mare Ulena (s. Saffier van het Goorhof). Ulena only produced two mares: Elza and Odessa, that both became rewarding as breeding mares. Elza is the granddam of City Banking who, under the saddle of Beat Mändli, became sixth at the Olympics in Atlanta and won the World Cup of Dortmund.

Also the third and fourth dam of Ushi (resp. Evita VG and Witness VG) are performing really well and boast the BWP performance label. Evita is also the full sister of Icarus VG, who jumped the 3* level under the saddles of Sander Kenis and Luiz De Azevedo Filho. Another daughter of Witness is at her turn the mother of Leandro VG and the Zangersheide-approved Dominator-son Querido VG. Leandro is performing very steadily in the 1.40 m and 1.50 m level with Jeroen De Winter. For example, the pair ended 4th in the 1.45 m GP of Gent and 7th in the 1.50m GP Sires of the World in Lanaken 2019.