The offspring of Malito and Verdi are known for their fighting spirit, a genetic anchoring in Lucky Number 7 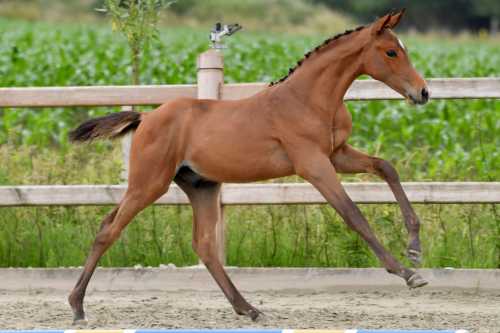 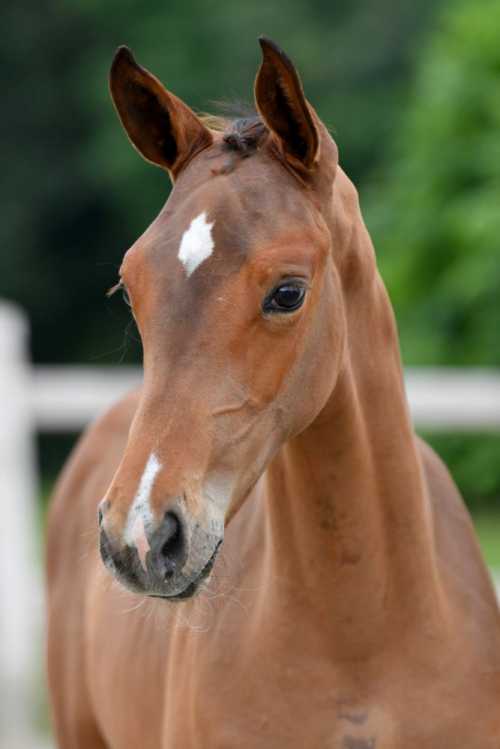 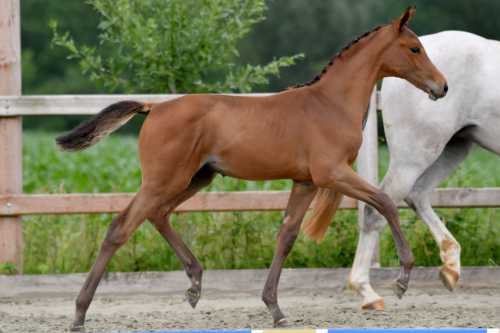 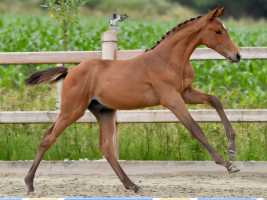 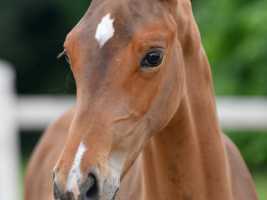 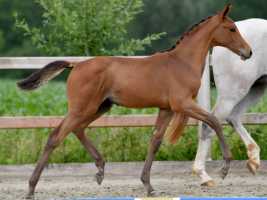 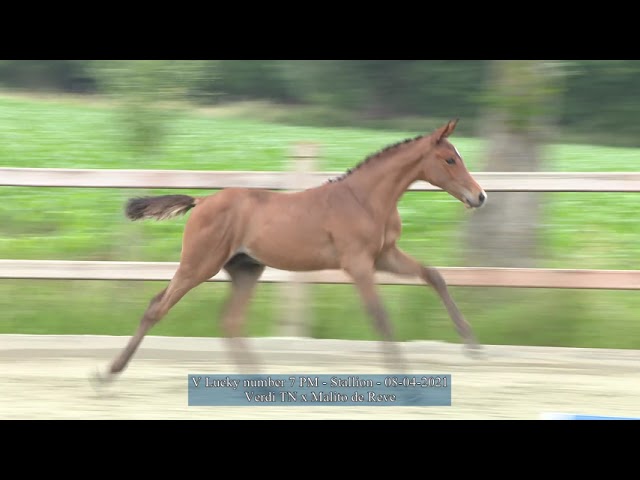 Mother Lolita van het Bovenhoekshof was sold as a foal at the Flanders Foal Auction and the young mare gave birth to this Lucky Number 7 before the start of her sporting career. His sire is the fantastically cantering stallion Verdi TN, who with Maikel van der Vleuten for years consistently kept 0 on the scoreboard and was a strong holder for the Dutch Team. He is an athletic stallion with unlimited scope and a lion's heart. They participated in the European Championship in Madrid, then in two Olympic Games, a World Championship and on top of that two European Championships. Olympic team silver in 2012 was followed by World Cup and gold at the European Championship in 2014 and 2015. As a bonus, in 2014 there was the win in the final of the FEI Nations Cup. In between, Verdi qualified for the World Cup finals no less than five times, where he finished sixth, seventh and twice ninth, among other places, and emerged as winner at several major prizes and World Cups. Even in the latter days of his career, there is no measure of Verdi. In 2018, he was even the world's highest earning horse with over 1.4 million euros.

Lolita is a daughter of Malito des Rêve from a limited, rather young maternal line going back to Blunatic. Although Malito does not have a huge offspring, his quality speaks for itself. He is sire of, among others, Gancia de Muze, Estoy Aqui de Muze, Grand Cru vd Rozenberg, Fidux, etc. Malito is one of the few approved sons of former world champion Cumano out of the top mare Dira Courcelle (by Muguet du Manoir). Dira Courcelle is also the mother of the 1.60m horses Pacino (ex-Eldiam de Rêve) and Hermes de Rêve. Blunatic is at the base of C'est Roberto, who breaks through at 1m55 level with Stephanie Gershon, Cliquot 8 (1m50), For Ever Fun (1m45), Levinus, Diavista (1m45), Cartagena 8 (1m50), etc.

Both the offspring of Malito and Verdi TN are characterized by their fighting spirit, a genetic anchor in Lucky Number 7.