Vivaldi colt out of the full sister of five approved stallions 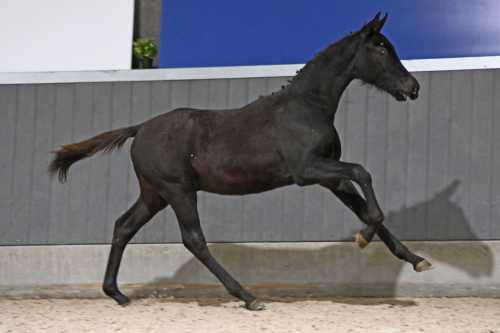 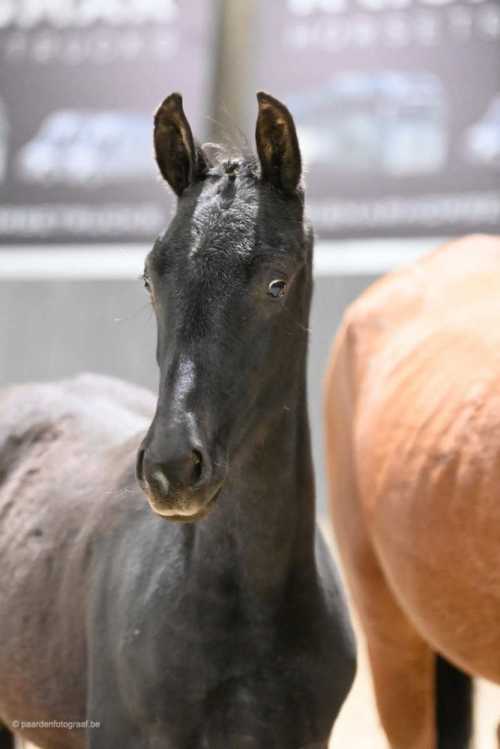 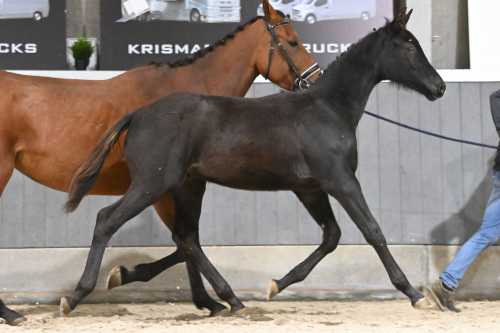 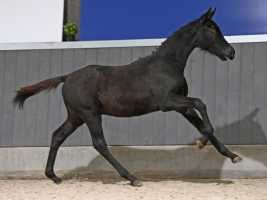 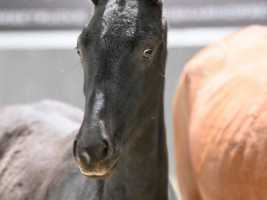 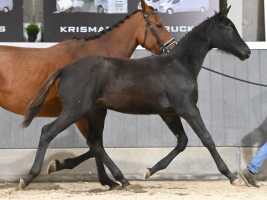 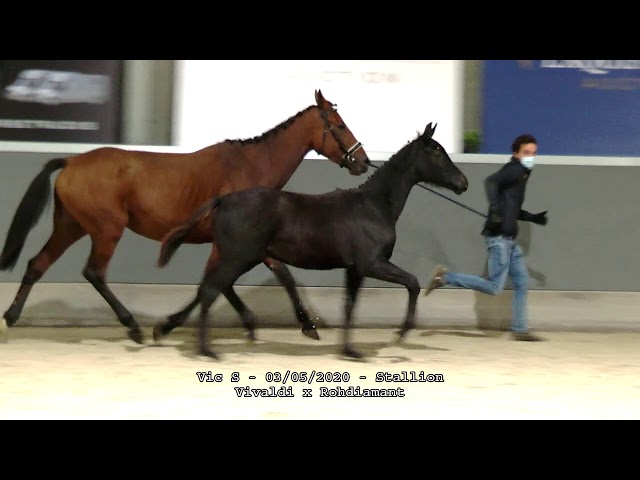 Vic S is a colt out of the most influential stallions of the last decade, combined with one of the best Oldenburger dam lines.

His father Vivaldi is part of the history books as one of the world's best progenitors. In Vivaldi, the best of Dutch dressage breeding is brought together. As well his posture as his movements are heritage of his sire Crack C and his grandsire Jazz. Vivaldi was shown at the stallion approval in 2004/2005 and was placed third. In the fall, Vivaldi was ranked the second best dressage stallion (including a 9 for his canter). His will to work also drew a lot of attention. In 2007, he was triumphant in the Pavo Cup for 5-year-olds, with two tens from guest judge riders Carl Hesters and Seth Boschman. Later on, he was crowned winner of the stallion competition of the Z class under Hans Peter Minderhout, who subsequently also successfully competed with Vivaldi in the Small Tour level.

With an offspring that includes Vitalis (dam of Valverde, Villeneuve, Vaderland, Vayron, Valencia AS and world champion Victoria's Secret) and 17 Grand Prix horses: Glock’s Dreamboy, Cennin, Expression, Desperado, Chinook, Diesel 8, Botticelli, Etione, First Apple, Caesar, Day Light, Donsina, Dariska, Darshan, D-Day, Cleverboy and Blue Hors Veneziano, Vivaldi has become a heavyweight in breeding. In the Pavo Cup and other competitions for young horses, Vivaldi offspring is always at the top of the list and also in the amateur and subtop classes, his descendants are omnipresent. Apart from a walk, trot and canter sensations, Vivaldi is also honoured because he passes on an excellent and willing character.

The dam of Vic S is the "Staatspremie"-mare Rumira.Rumira descends from an excellent line.She is the full sister of Glock’s Romanov, Rubin Royal OLD, Blue Horse Rockefeller, Premium Stallion Rubin Action OLD (International Grand Prix under Stella-Charlott Roth), Rumicello and "Staatspremie"-merrie Rumirella, the mother of stallion De Royal.The late Glock’s Romanov was reserve champion of the Oldenburger approval of 2002 and was based at the Danish stud Blue Hors.In 2004, he was elected the "best dressage stallion" at the Danish approval of Herning. In 2005, he became champion of the 5 year old horses in Denmark and in 2008, he was honoured as VTV-sport stallion.Later on, he appeared on the highest levels with Edward Gal and Hans-Peter Minderhout. He triumphed in Aken (CDI 4*), Drachten (CDI 3*), Hagen (CDI 4*) and Villach (CDI 3*), various top-three placements, for example in 's-Hertogenbosch (CDI 4*), Rotterdam (CDI 3*) and Odense (CDI-W) and became European vice-champion with the Dutch team. Romanov is listed as sire of horses like Honnerups Driver, Skovens Raphael, Blue Hors Rosoff and Tailormade Red Rebel Blue.Also the very influential, well-known breeding stallion Rubin Royal OLD has proven himself at the Grand Prix level, but especially in as a breeding stallion he has earned his stripes.For example, he is the sire of Rubin al Asad (Lara Butler), Rubins Nite (Hayley Watson-Graves), Real Dancer FRH (Jan-Dirk Gießelmann), Rubin Cortes OLD (Barbara Bertschinger),  Fohlenhof’s Rock’n Rose (Dorothee Schneider), Rosalie B (Laura Tomlinson) and Indoctro v/d Steenblok (Fanny Verliefden).  Already a few years now, he has become a fixed name in the top ten of the WBFSH-ranking of best dressage progenitors.Further along the dam line, jumping stallions can be found, such as Gio Granno, Conterno Grande, Couleur Rubin and Couleur Rouge, but also dressage stallions, such as De Royal, D-Day, Don Chico and Trantris.Also in Vitalis, the blood of the Rudilore-line flows through grandsire D-Day.

Vic S is a combination of the crème de la crème of European dressage breeding.This foal is an exceptional opportunity for your stables!