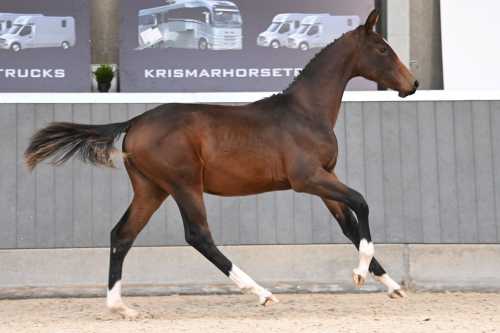 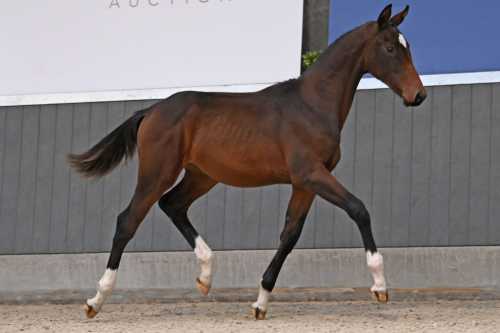 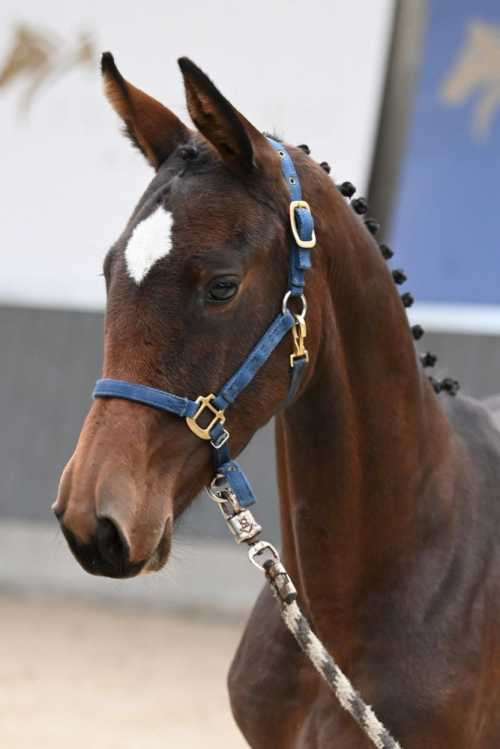 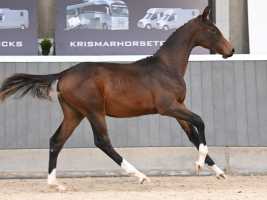 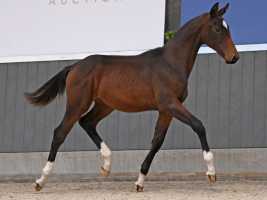 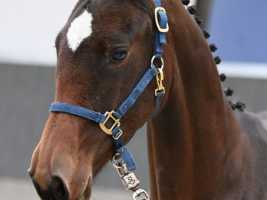 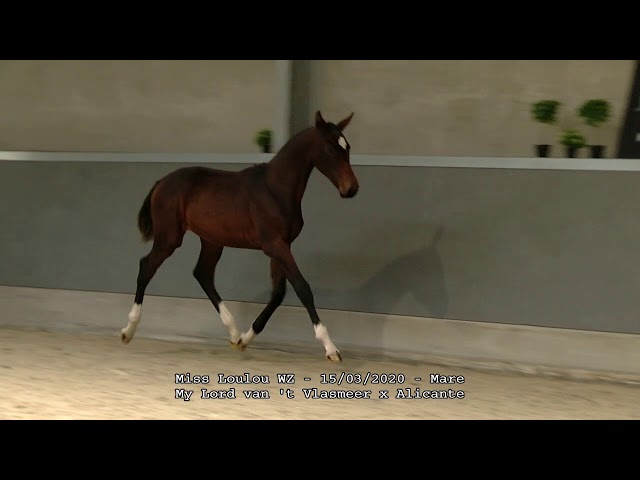 Miss Lou Lou is a long-legged filly that moves with a lot of elasticity.

Her sire, Mylord van ’t Vlasmeer, is a 1.76 m tall, AES approved stallion with a lot of expression, suppleness and scope.He is a descendant of Emerald van het Ruitershof and the Ludwig von Bayern mare Eclips (Hannover dam line HOSEKA). His full brother Ilias, was trained by Dayro Arroyave, with whom he entered the WCYH twice. Afterwards, he had Jos Verlooy en Dimme D’haese in the saddle, before being sold to Annabel Revers. Revers and Ilias have now already entered several courses at World Cup level. Half-brother Night and Day is also showing a lot of potential and quality. He was sold in 2013 at the Belgian Foal Auction for 16.000 euros and has recently won a Young Horse course at CSI Opglabbeek.

Miss Loulou is a descendant of a line with many 'predicates': the KWPN Keini line. Her mother is a descendant of the stallion Alicante who, under the saddle of Jerome Guery and Dayro Arroyave, has already achieved quite a lot at the highest levels. He is the son of Casall ASK and Texas M (s. Indoctro). Texas M’s dam, U-Laester (s. Lagos) is none other than the sister of Calvin, Cantus and Lansing. Those are all stallions that have put their mark on not only show jumping, but also on breeding. Allicante is characterized by his caution, his beautiful exterior and his boundless scope. His offspring jumps with the exact same sharp reflexes.

Miss Loulou's third dam is the preferent 'prestation'-mare Janis Joplin (s. Ramiro Z). Janis Japlin is dam of 4 horses that jump the 1.35 m classes and the Big Tour horse Oastewyn, who has competed in dressage up until the Intermediate II class. She is the granddam of Whisper, who jumps the 1.45 m courses, and Bouquet Z, who jumped a clear round at the WC for 5 year old horses under Yves Houtackers. She is also the third dam of Cooper, with whom Devin Ryan jumps the highest levels.