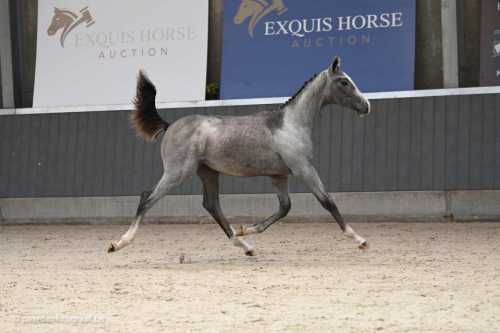 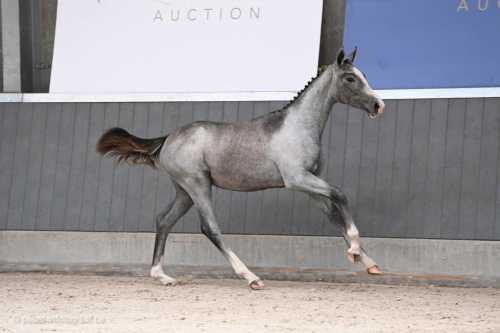 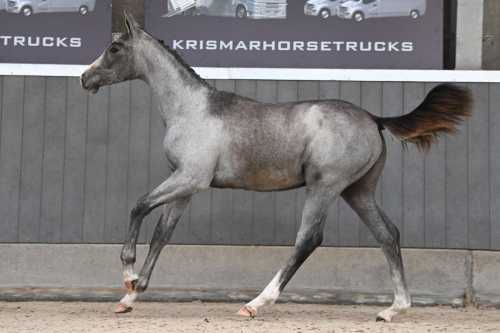 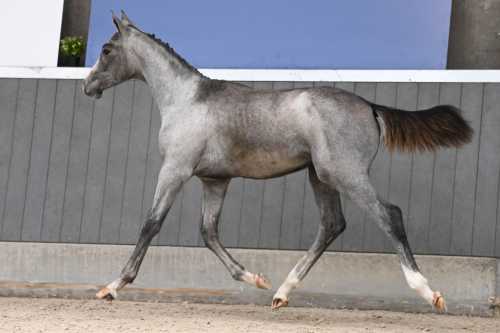 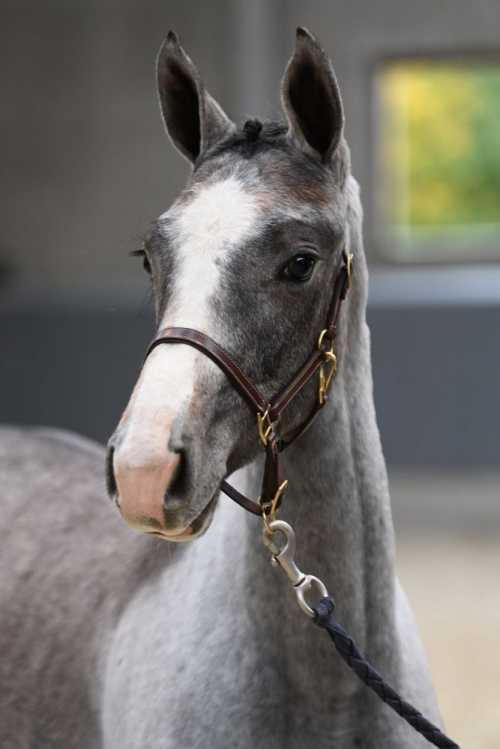 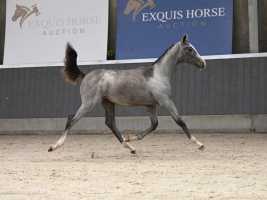 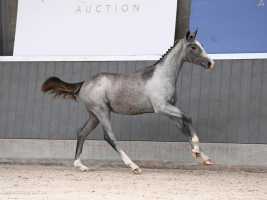 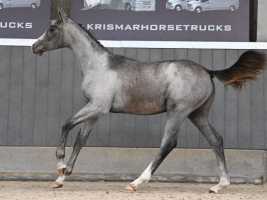 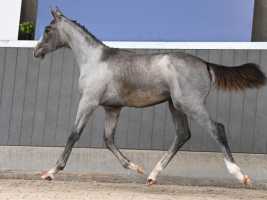 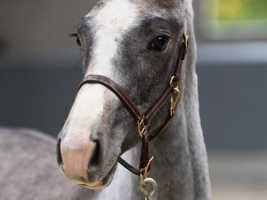 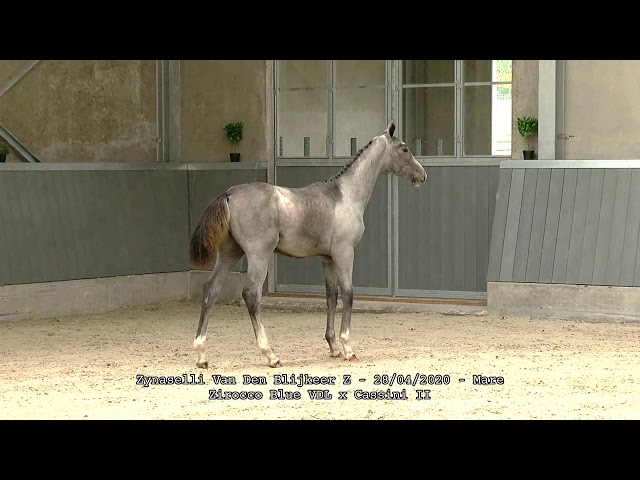 Zynaselli is a filly with an amazing canter, out of the sire line of Zirocco Blue, that is combined with the successful Holsteiner dam line 7126. As wel the sire as the dam line draw the attention because of their well-performing horses. Zirocco Blue, a modern stallion that descends from Mister Blue and Licorne des Forets, jumped the highest levels with Jur Vrieling. Zirocco Blue won the gold medal for the Dutch team at the European Championship and ended up fifth individually. In the World Cup finals of Las Vegas he ended up 10th. He also won several GP’s, such as the World Cup of Oslo and the GP of Copenhagen, Melsomvik (2x) and Geesteren. On the Dutch jumping team, he triumphed in the Nations Cup of Rotterdam, Copenhagen and Gijon. The dam and granddam of Zirocco Blue have both jumped the 1.40 m and 1.50 level with success.

Also in the dam line, some performant jumping horses are to be mentioned. The 4th dam Gesselin is a descendant of Loanda, who is also the mother of the famous progenitor Burggraaf. In 2017, Burggraaf was listed second in the top ten of suppliers of Grand Prix horses. Together with Roelof Bril, this stallion has jumped the 1.40 m classes succesfully, apart from being a common horse in the puissance with fences of up to 2.10 m.

One of his most successful descendants was Peppermill, who is a fixed value for the Brittish team. He has participated in the WC of 2006, the Olympics of 2008, and has triumphed in many Grand Prix' and Nations Cups. Also Now or Never and Burggravin have won several World Cups, with Piet Raijmakers and Roelof Bril. Also Kroongraaf entered the WC Para-dressage in Lexington, Kentucky.

The 3rd dam of Zynaselli, Oselli jumped the 1.60 m levels under the saddle of Willem Greve, with victories at for example CSI Twente, the $30.000 1.60 m GP of Vermont, CSI 4* Geesteren, CSI Hengelo, a 2nd place at CSI 4* Maastricht, 4* CSI Caen,... Granddam Toselli has already produced the approved stallion Arandelli, who jumped to top 3 places under Willem Greve, and the successful eventing horse Charleston under Leslie Law (CSI 3*). The full sister of Arandelli, Boselli, is mother of Fruselli, who is currently very performant under the saddle of Holly Smith, jumping to several victories at, among others, CSI 3* Vilamoura (1.50 m) CSI 4* Hickstead, CSI 5* Windsor, ... The last month Fruselli has competed 9 times, 2 times of which the horse came out first and 6 times of which he ended in the top eight. Another daughter of Toselli, Doselli, is at her turn the mother of Hermandad. Hermandad (s. Carambole) won the finals of the VSN-cup, where he was honoured because of his sensibility, good canter, scope (8.8) and rideability.

The combination of dam Donnaselli and sire Zirocco Blue has already produced Ginaselli, who is performing successfully at the Z-level, with a first place at CSI Knokke in 2019.